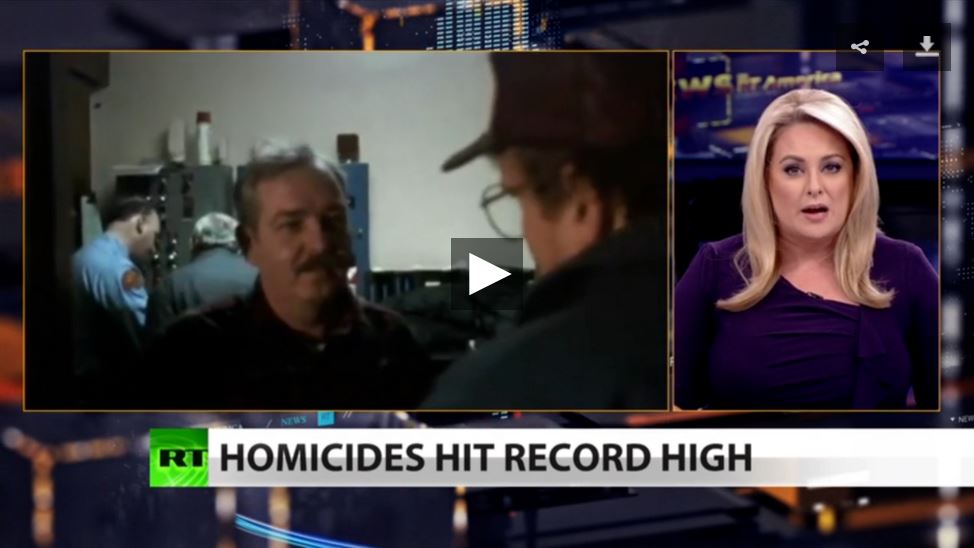 The US saw historic levels of homicide in 12 major cities as NAFTA turns 28. Coincidence? Hardly! RT America’s Faran Fronczak explains how the anger and desperation that allows violent crime to bloom is owed in large part to NAFTA’s disempowerment of US workers and gutting of US communities. Then Andre Sayegh, mayor of Paterson, New Jersey, shares his insights. He says that guns in the wrong hands and deterioration of structure for young people at the hands of schools’ closure to weather the pandemic have much to blame. RT America producer Dr. Enrique Rivera, author of “The Untold History of Capitalism” shares his expert insights on the origins of NAFTA and the push to outsource manufacturing for the sake of corporate profits. He also points out that mass migration northward, unemployment, crime, and rising poverty and discontent in Mexico and beyond are interconnected parts of one systemic problem, of which rising violent crime across the US is one facet.

Then RT America’s John Huddy reports on the latest from the trial of Ghislaine Maxwell, Jeffrey Epstein’s alleged procuress and sex trafficker, accused of facilitating the sordid doings of the infamous pedophile. The trial is on pause as a reportedly sick lawyer recovers his health enough to participate. He also has the details of Twitter’s suspension of a popular account that was reporting on the trial, alleging “platform manipulation” and drawing controversy. Plus, disgraced actor Jussie Smollett was found guilty of staging a fake hate crime against himself, concluding a lurid and highly public trial. Legal and media expert Lionel of Lionel Media reacts to the verdict. He also weighs in on the ongoing Ghislaine Maxwell trial.