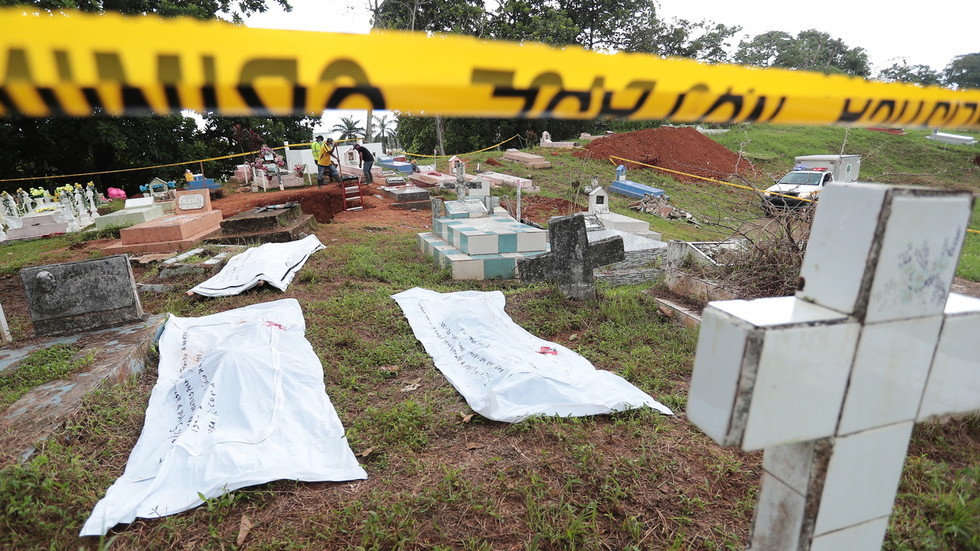 Panamanian authorities have reportedly exhumed several bags filled with human remains from a mass grave as the country conducts searches to identify victims of the 1989 US invasion that toppled General Manuel Noriega’s regime.

The military operation, dubbed ‘Just Cause’, lasted a month – from December 1989 to January 1990 – and official estimates put the number of deaths at around 300 Panamanian soldiers and civilians. However, human rights groups have pegged the number of Panama’s dead in the thousands. Around 23 of the roughly 27,000 American soldiers involved in the conflict were killed in action.