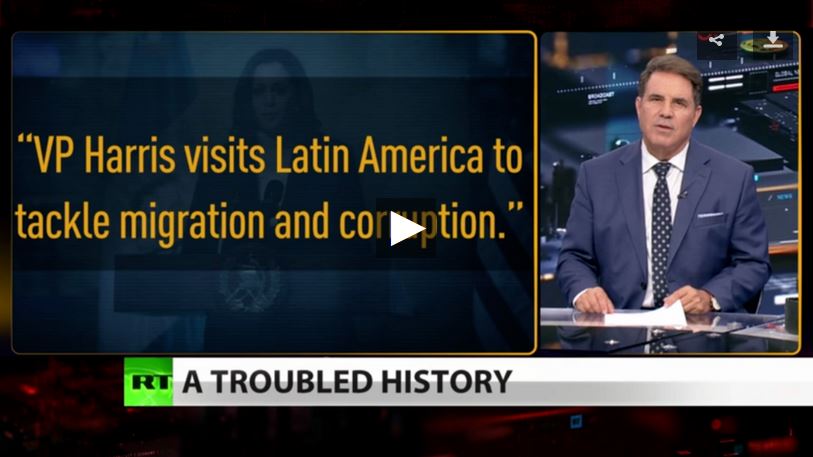 Vice President Kamala Harris has embarked on a whirlwind tour of Mexico and Guatemala. Part of her message is to discourage the deluge of illegal immigration and “tackle corruption.” Rick Sanchez explains why sending a US politician to “tackle corruption and migration” in Latin America is “laughable” when the US is the cause of these issues by “manufacturing dictators” across the region. He also points out the racist subtext of media assumptions about Latin American politics. Then RT America’s Trinity Chavez reports the details of the Vice President’s trip before former UK MP George Galloway shares his insights.