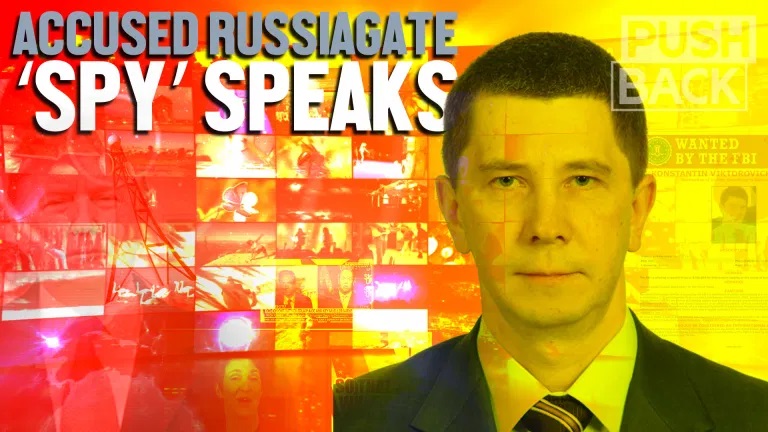 In exclusive audio, Russiagate target Konstantin Kilimnik responds to evidence-free US government claims that he is a Russian spy who passed Trump campaign polling data to the Kremlin 2016.

In the last year, US government, intelligence, and Congressional bodies have accused former Paul Manafort aide Konstantin Kilimnik of being a “Russian intelligence officer” or “Russian influence agent” who passed secret Trump campaign polling data to Russia in 2016. The FBI has even issued a $250,000 reward for Kilimnik’s arrest on a lowly witness tampering charge — more than double the amount for six murderers on the FBI’s Ten Most Wanted list.