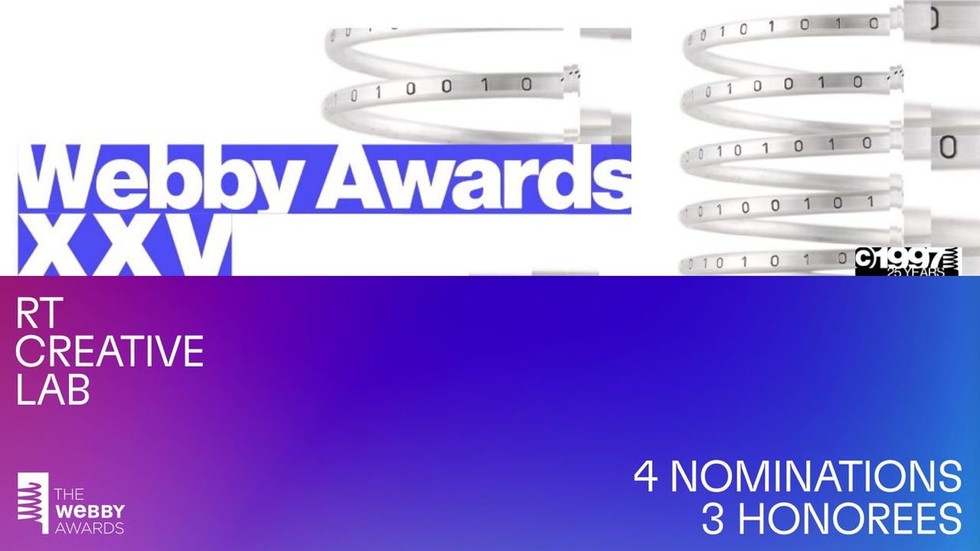 RT Creative Lab nabbed four nominations along with three honoree acknowledgements at the 25th Annual Webby Awards. Now, it’s up you to make it count – vote for the best RT Creative Lab content by May 6!

The Webbys, hailed as the ‘Internet’s highest honor’, is annually presented by the International Academy of Digital Arts and Sciences, which is headquartered in New York. The 2021 Webby Awards received nearly 13,500 entries from the States and 70 countries worldwide. From the thousands of global entries submitted, fewer than 10% were selected as Nominees.