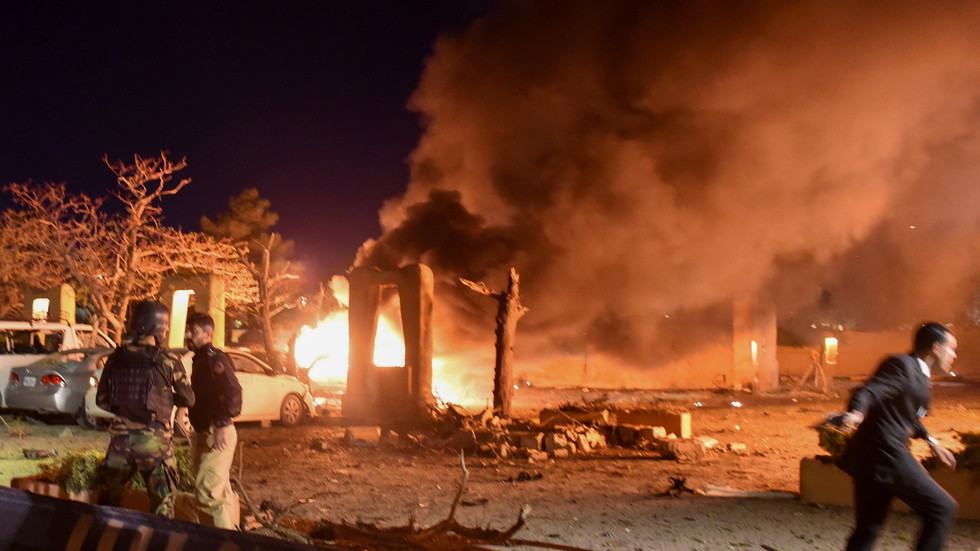 An explosives-laden car detonated outside the posh Serena Hotel in Quetta, the capital of Balochistan province in Pakistan, killing four, as a Chinese delegation was staying there. The Taliban claimed responsibility for the blast.

The explosion swept through the hotel parking lot on Wednesday. According to a preliminary investigation, the blast was caused by a bomb that was planted on a car left outside the four-star deluxe hotel.