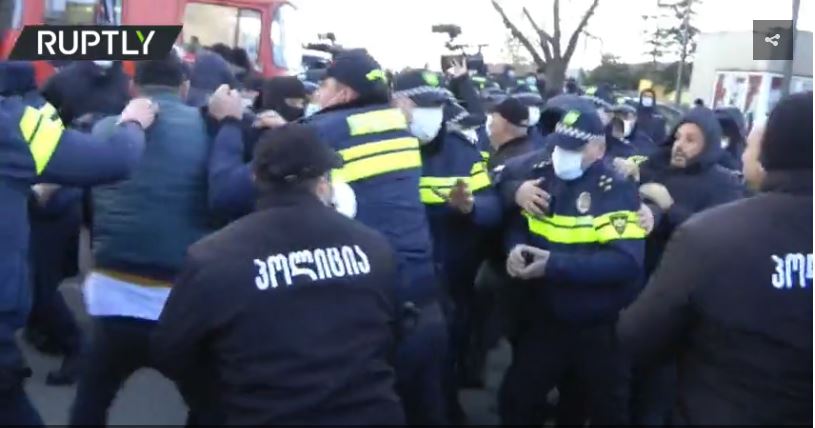 Georgian police have stormed the main office of the opposition United National Movement (UNM) and detained its leader Nikanor (Nika) Melia. The politician is being accused of inciting riots in the capital two years ago.

A crowd of supporters tried to prevent Melia’s arrest on Tuesday. The officers broke into the UNM’s office in the country’s capital Tbilisi and seized him.