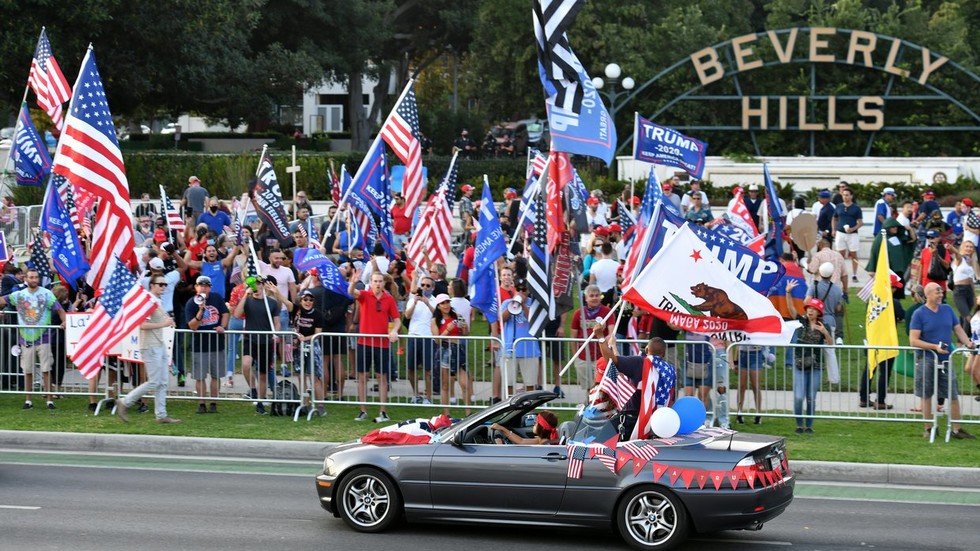 A large pro-Trump demonstration in Beverly Hills turned violent as a group of black-clad counter-protesters harassed a man holding an American flag, punching, kicking and beating him with a metal pole, forcing police to intervene.

The incident apparently began when a person wearing a helmet with ACAB painted on the side tried to take the flag from one of the Trump supporters, according to a video posted on Twitter by photographer Shane Murphy. Ironically, although the man was beaten and kicked by at least half a dozen counter-protesters, police had to pull him off one of the assailants after dispersing the other attackers.