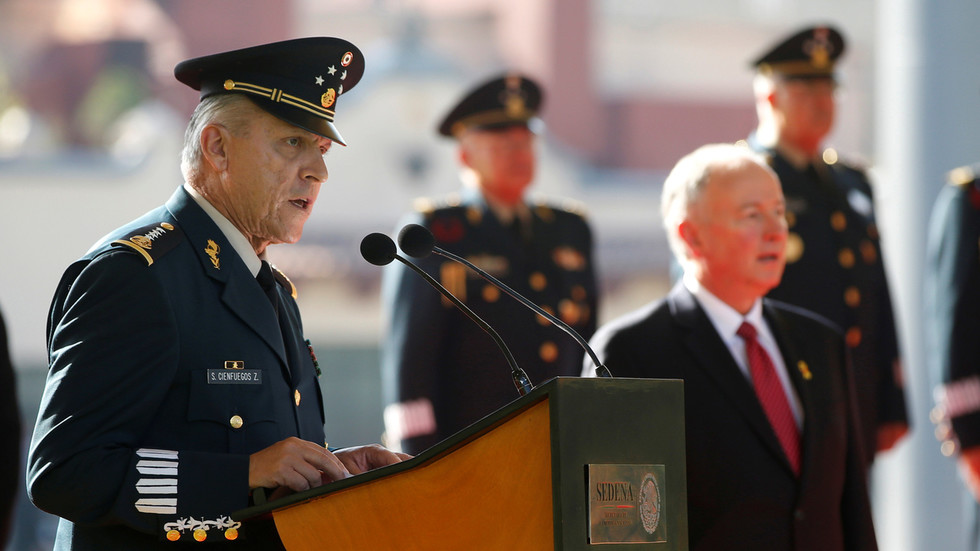 Former Mexican Defense Minister Salvador Cienfuegos Zepeda, who has been arrested in Los Angeles, is now facing five charges in the US related to drug trafficking, Mexico’s foreign minister has said.

The arrested general is expected to be transferred to New York shortly, a senior diplomat, Marcelo Ebrard, said on Twitter, citing the country’s consulate in Los Angeles.