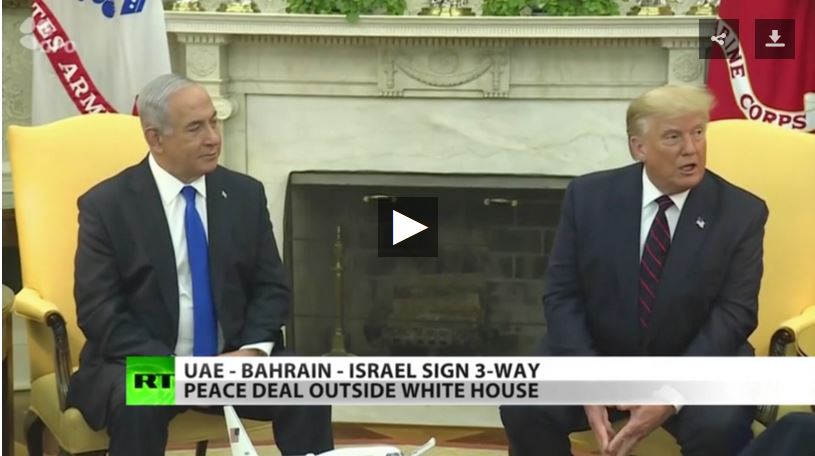 Israel, Bahrain and the United Arab Emirates have signed an historic pact at the White House amid widespread protests. Critics say that the deal ignores Palestinian interests, isolates Iran and makes a new arms race more likely. The timing is also significant, as Trump’s reelection, as well as that of embattled Israeli PM Benjamin Netanyahu, may be on the line. RT America’s Faran Fronczak reports from the White House before RT’s Mohamed Gomaa and former Pentagon official Michael Maloof join Rick Sanchez to share their expertise.