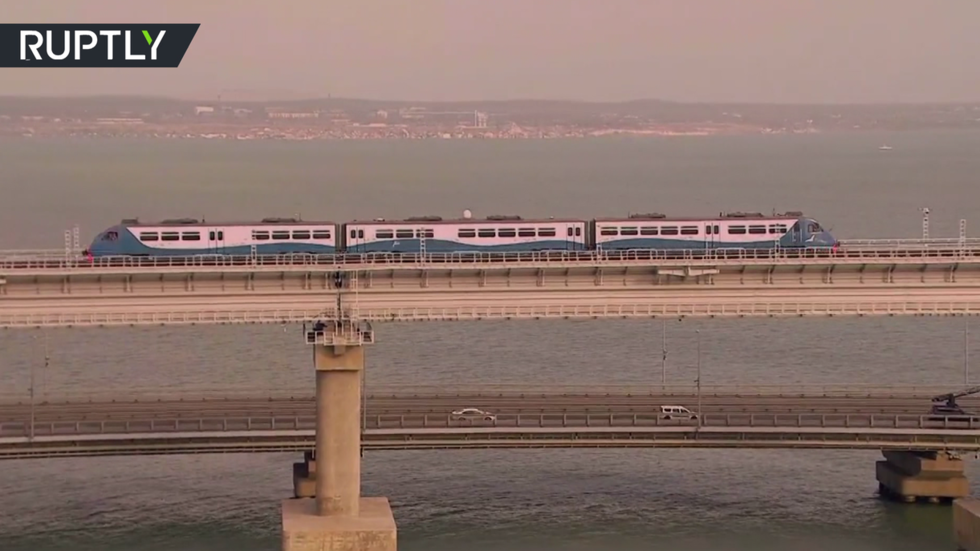 President Putin has opened railway traffic on the 19-km-long Crimea Bridge, which connects the peninsula with mainland Russia and is the longest in Europe. He called the bridge “a beauty” as he took a ride in the driver’s cabin.

The construction of the bridge kicked off in February 2016, less than two years after the Crimean people overwhelmingly voted to reunite with Russia in a referendum. The link was crucial for Crimea, which only has a land border with Ukraine, so the 15,000 builders worked hard, often in difficult stormy conditions, to make it happen.