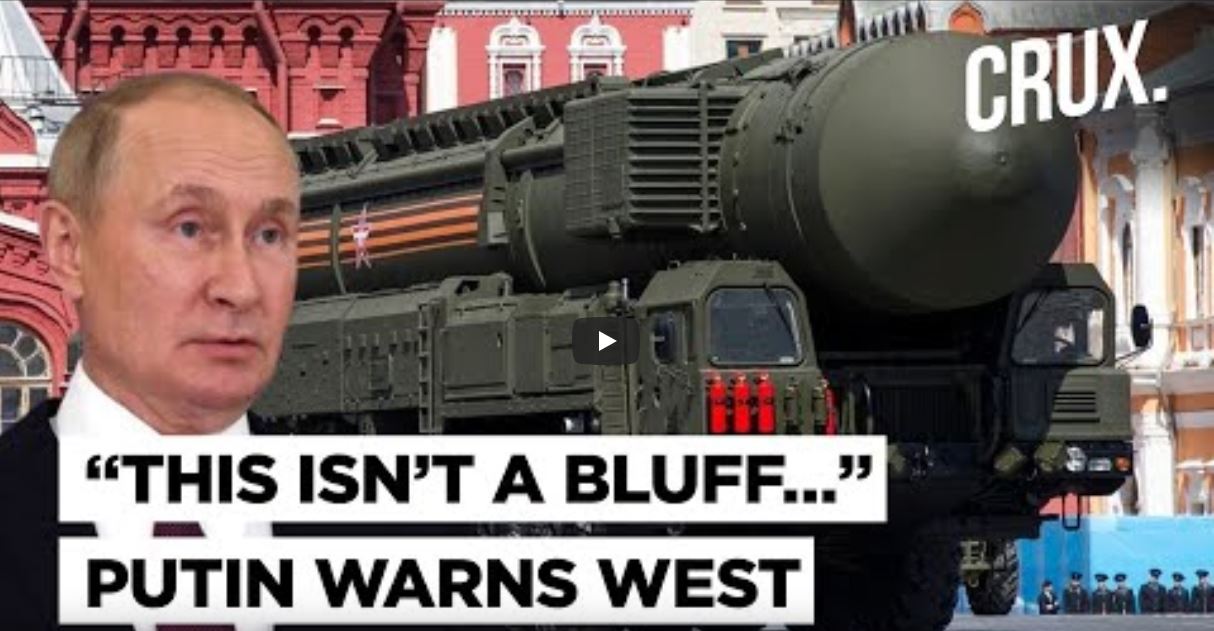 Russian President Putin has announced a partial mobilisation “to defend the motherland” and protect the people in the “liberated lands”. The Russian President warned the West that he is “not bluffing” over the use nuclear weapons. Russian Defence Minister Sergei Shoigu said 5,937 Russian troops have died in Ukraine since the war began on February 24. Meanwhile, Ukraine claims to have hit a column of Russian equipment near the crossing in Nova Kakhovka, stopping the repair work. Chechen leader and Putin ally, Ramzan Kadyrov, has said that Russian fighters would switch to a new tactic in the invasion. Zelensky warned the Kremlin that there will be no diplomacy if Russia holds pseudo-referendums.