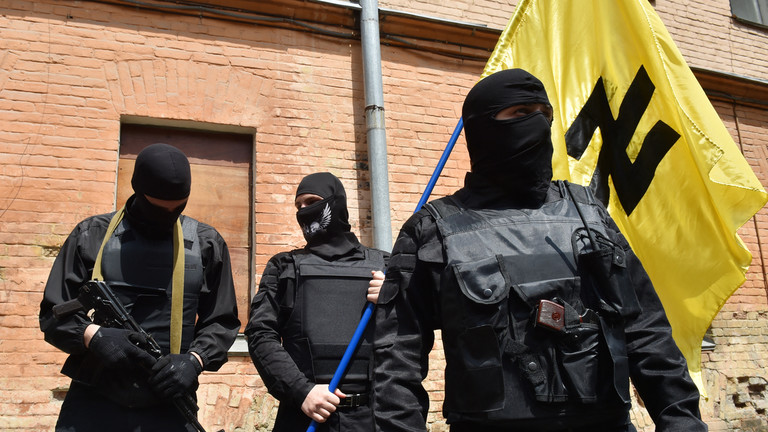 A Ukrainian officer who at one point commanded the notorious neo-Nazi Azov regiment has gloated on social media over graphic photos of dead members of an opposition party. The activists “disappeared” from the Ukrainian-held city of Severodonetsk in early March and appear to have been extrajudicially executed, with Maksim Zhorin implying such a fate awaits all “traitors.”