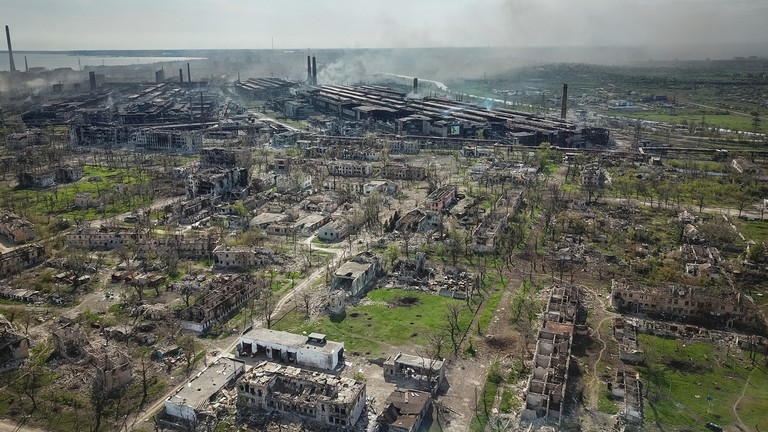 Evacuation from the Mariupol stronghold to a Donbass city agreed, Russian military said.

Russian and allied troops blocking the Azovstal steelworks in Mariupol will allow injured Ukrainian soldiers to leave the stronghold and go to hospital in Novoazovsk, the Russian defense ministry said on Monday. The evacuation is planned for later on Monday after an agreement was reached, the military said.