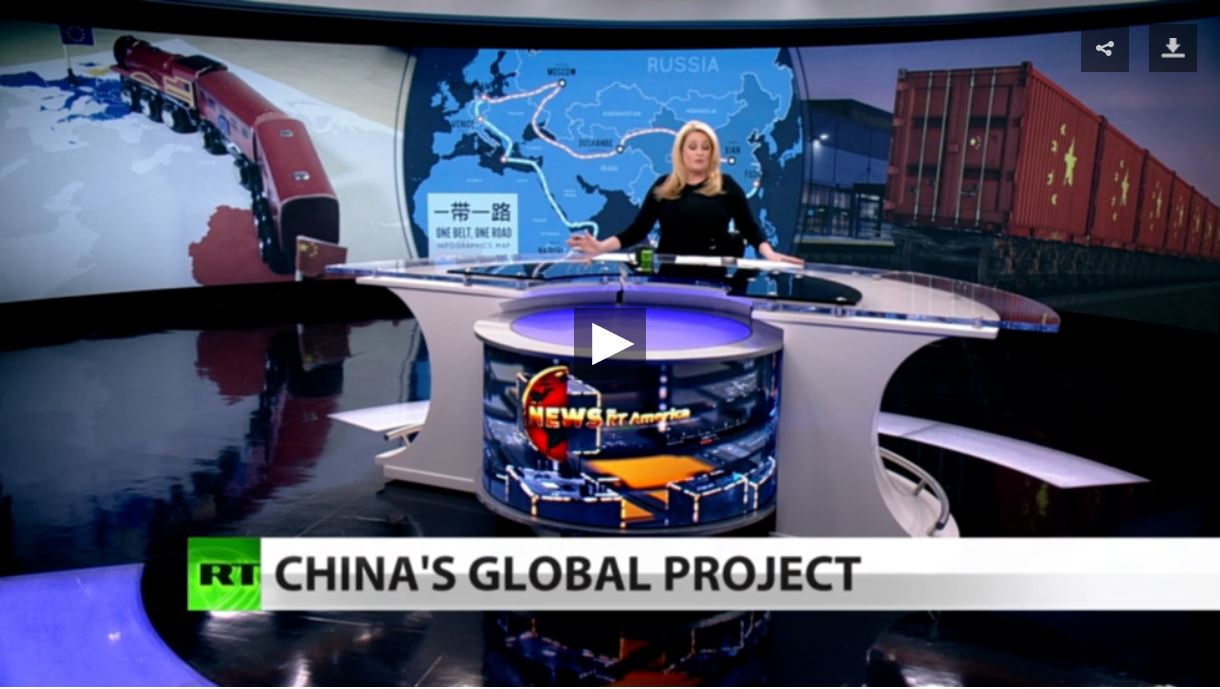 Argentina’s new head of state took a historic trip to China to further strengthen already deep bilateral ties between the two countries. Argentina recognized Beijing’s “One China” policy while China reaffirmed its recognition of Argentine sovereignty in the Falklands, much to the irritation of the UK, which considers the archipelago part of “the British Family.” Argentina became the latest country to join China’s massively ambitious “Belt and Road” initiative, a move expected to draw billions of dollars in infrastructure and other investments. RT America’s Alex Mihailovich reports. Then independent journalist Ben Norton explains Argentina’s eagerness to shed the “odious debt” acquired by corrupt governments past that led to Argentina’s current financial subordination to Washington. He says that the “Monroe Doctrine” often cited by critics of China’s overtures to Latin American governments, puts a spotlight on the hollowness of US claims to lack “spheres of influence” and to clutch its pearls at Russian frankness about its special interest in former Soviet territories or China’s ascent to hegemony in the Pacific.

Canadian PM Trudeau reiterated his condemnation of the Freedom Convoy, which he accused of attempting to “blockade our democracy.” Supporters of the movement are fed up with the onerous demands of COVID-19 restrictions, rules and mandates that have turned communities upside down across North America. Critics, including some Canadian officials, accuse the protesters of plotting “insurrection” and allege foreign meddling to have amplified its message. RT America’s John Huddy reports from the scene of the Freedom Convoy as Ottawa police intensify efforts to quell the protest. Then “Watching the Hawks” host Tyrel Ventura and RT America contributor Mollye Barrows weigh in. RT America’s Trinity Chavez reports on the surging violent crime engulfing New York City. It is but one of numerous US cities seeing soaring rates of criminal violence as the nationwide crime wave continues. Then Dr. Jeffrey Butts of John Jay College shares his insights. He says the troubling statistics belie a less severe reality, as rising crime is to be expected as lockdown measures recede and commerce and social life returns bit by bit to US society. He says any solution short of nationally coordinated legislation to curb gun violence is bound to fail and that the US “cultural fetish of guns” is in large part to blame.