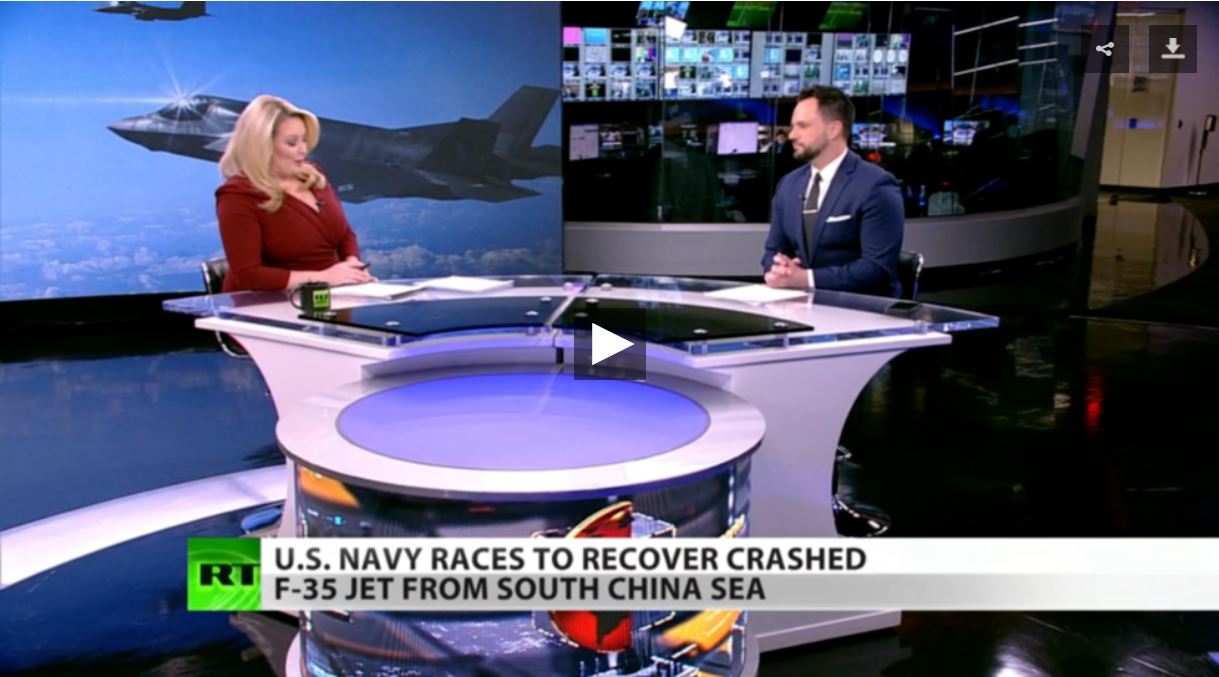 The US Navy is frantically seeking a $100 million F-35C that went down somewhere over the South China Sea during a “mishap” during takeoff that injured seven crew members. International law stipulates that whoever is first to find the craft is allowed to legally salvage it. Unfortunately for the US Navy, the plane is packed with sophisticated and classified military equipment coveted by Beijing, including the world’s most advanced stealth technology. If China finds the wreck first and is able to make sense of its technical secrets, it will deal a significant blow to US military superiority, relative to China’s. RT America’s Paxton Boyd reports before former Naval intelligence officer John Jordan shares his insights. He emphasizes the “enormous intelligence import” of the technology on board and that any US adversary would benefit tremendously from finding the downed jet.

RT America’s Alex Mihailovich reports on the disappointed reaction to US obstinance in the face of Russian proposals for collective security in Europe. NATO is striking a more moderate and diplomatic tone than its bellicose main player, Washington. Russia continues to reiterate its denial of any desire or plan to invade Ukraine. Then Prof. Peter Kuznick of American University shares his expertise. Plus Gloria Allred, attorney for high-profile Epstein victim Virginia Giuffre, joins to discuss the latest developments in the legal battle between former Epstein associate and embarrassment to Britain’s royal family, the disgraced Prince Andrew, Duke of York, whom Giuffre says sexually abused her on three occasions when she was a teenager.