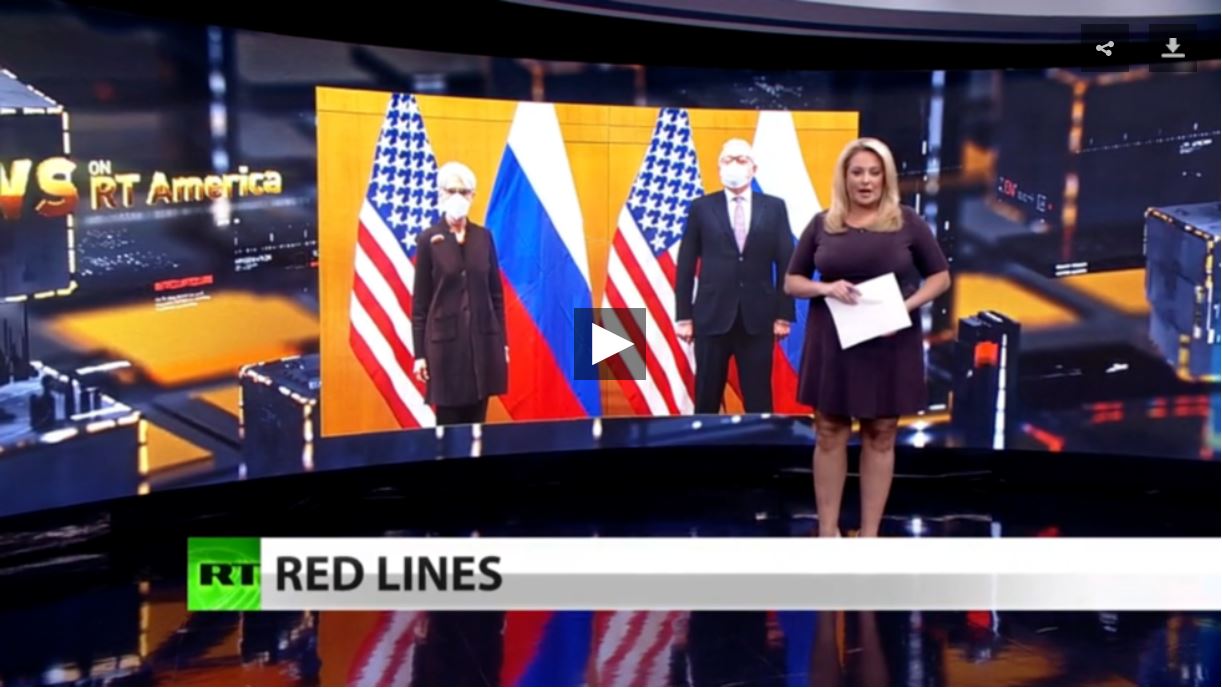 US and Russian diplomatic officials met in Geneva on Monday to discuss Russian security concerns, including nuclear arms control, missile placement in Europe and NATO’s eastward expansion, as well as the situation around Ukraine. RT America’s Alex Mihailovich reports. Then Prof. Peter Kuznik shares his expertise. He says that relations between the US and Russia are at their lowest in 60 years and that the US has to learn to compromise on the global stage. Plus, RT’s Don Courter discusses the gangs of “foreign-trained extremists and terrorists” that Russian President Putin, echoing claims of Kazakh President, says are fomenting the unrest that rocked Kazakhstan last week. Both contend that armed militants with shadowy foreign connections are fighting to undermine constitutional government in countries across central Asia.

New York City continues to see a spike in violent crime. The debate between tough-on-crime policing and the push to “defund the police” and invest in other methods of crime prevention based on alleviating poverty. One controversial proposal involves a redirection of police and prosecutorial resources that would leave crimes like petty burglary and prostitution unpunished. Hawk Newsome, founder of Black Lives Matter New York and Dr. Jeffrey Butts of John Jay College share their insights. NASA reported with pride that the final step is complete in the complicated and difficult process of launching the James Webb telescope. It will offer humans a glimpse of ancient exoplanets by observing the vestigial light of long-dead stars and beaming its findings back a million miles to Earth for study. Scientists expect it to be an invaluable tool in the quest to better understanding our galaxy’s formation and the likely uniqueness of our planet and life thereon. RT America’s John Huddy has the scoop.