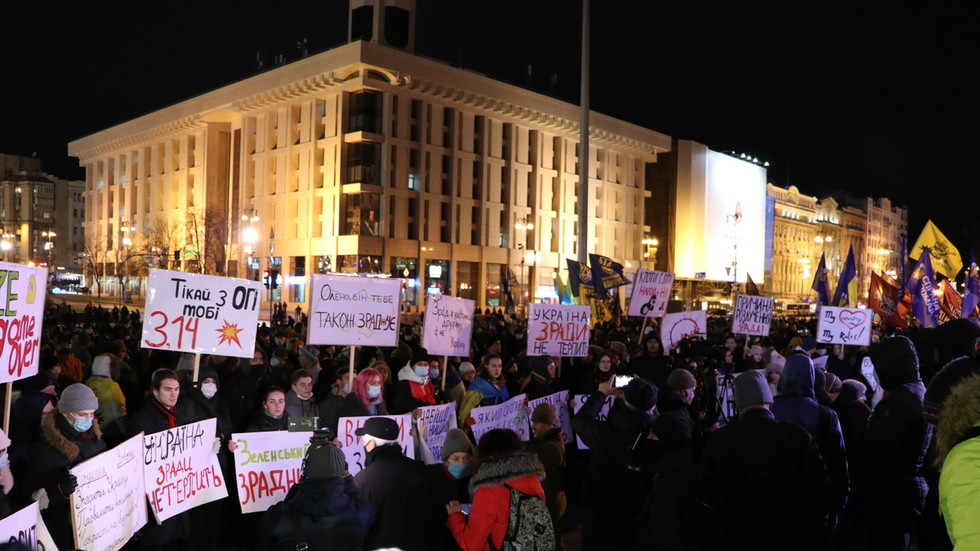 A large crowd has taken to the streets of Kiev demanding the resignation of Ukrainian President Volodymyr Zelensky, on the same day that he claimed a Russian-backed coup d’etat would be launched against his government.

The demonstrations, which kicked off on Wednesday, are understood to have included members of Ukrainian nationalist parties, supporters of former President Petro Poroshenko, and activists representing small business owners and entrepreneurs. A total of around 1,000 people are said to have gathered in the Ukrainian capital, calling for Zelensky’s impeachment and the dissolution of the Rada, the national parliament.