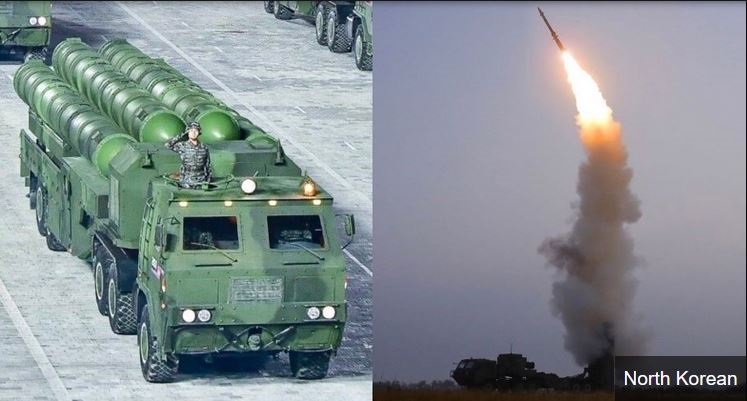 On October 1st North Korea conducted the first test launch of a new mobile long range air defence systems which had been unveiled in October 2020 – a yet unnamed weapons system which has been dubbed a Korean version of the better known Russian S-400 system which it closely resembles. The Academy of Defence Science which developed the weapons system reported that the test confirmed the practical functionality of the missile’s launcher, radar and comprehensive battle command vehicle, according to a report by the state run Korean Central News Agency. It is possible that other test launches perviously took place, with this being the first to be revealed to the public.

The missile fired was shown to have a twin rudder control and a double impulse flight engine.  KCNA reported regarding the test, citing the Defence Science Academy: “The remarkable combat performance of the new-type anti-aircraft missile with features of rapid responsiveness and guidance accuracy of missile control system as well as the substantial increase in the distance of downing air targets has been verified.” The test follows three prior missile tests over the preceding three weeks including a hypersonic glide vehicle tipped missile on September 28th and preceding that a strategic cruise missile and a rail launched ballistic missile.