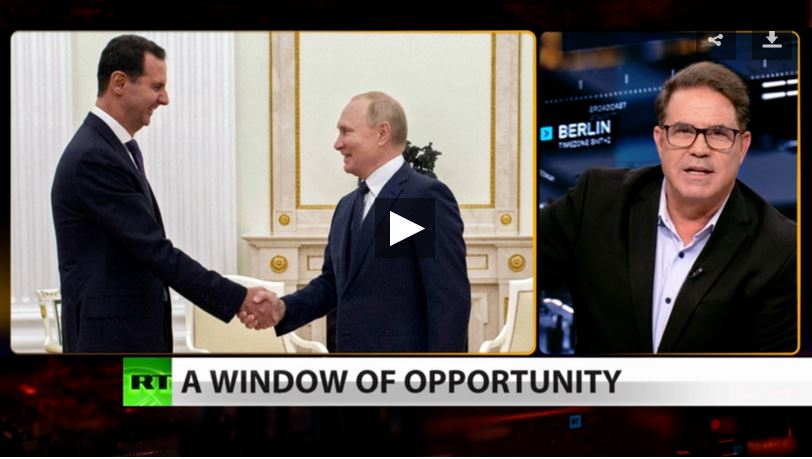 Russian President Vladimir Putin met his Syrian counterpart Bashar Assad on Monday in a surprise meeting in which both leaders criticized the US and Turkey for keeping forces deployed in Syria despite no approval from the internationally recognized Syrian government. Two decades were too much for Washington in its struggle to invade and reshape Afghanistan. So how has it managed to stay in Syria’s oil fields? RT’s John Huddy takes a closer look. Then Prof. Dan Kovalik joins Rick Sanchez to share his insights. He points out that the US is occupying the most oil-rich part of the province and that the US is committing a war crime in violation of international law. He says that recent attacks on US and Turkish forces were not aligned with the Syrian government and that there’s no chance that Russia would attack US or Turkish positions in Syria.

Then RT America’s Faran Fronczak talks about ballooning student debt and its uneven impact on various states. She also connects it to the ballooning cost of college tuition. The necessary conclusion is that in the current year, one’s salary cannot be expected to keep up with the repayment of student debt. California Governor Gavin Newsom faces a recall election today. He was widely criticized for keeping small businesses in his state closed for longer than did other states, and for the hypocrisy of dining in extravagant and maskless style after admonishing diners who didn’t reposition their masks over their mouth between bites of food. RT America’s Natasha Sweatte reports from California. A new study by Facebook has concluded that its Instagram app has a toxic influence on the self-esteem of teenage girls, among whom low self-esteem, anxiety, depression and suicide are on the rise. RT America’s Leslie Alston and Regina Ham join Rick Sanchez to discuss the problem Instagram presents for girls and young women.