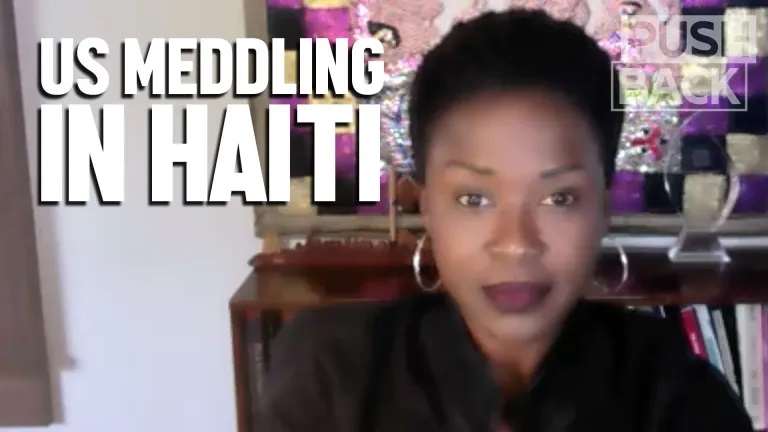 As ties emerge between the US government and the suspected assassins of Haitian President Jovenel Moïse, scholar Jemima Pierre analyzes Moïse’s legacy and murder within the long history of neocolonial US intervention in Haiti.

A growing number of suspects in the assassination of Haitian President Jovenel Moïse have US ties. At least one is a former DEA informant and several have received U.S. military training. Scholar Jemima Pierre of The Black Alliance for Peace discusses the unfolding mystery surrounding Moïse’s killing and the context of longtime US, foreign intervention and neocolonialism in Haiti.