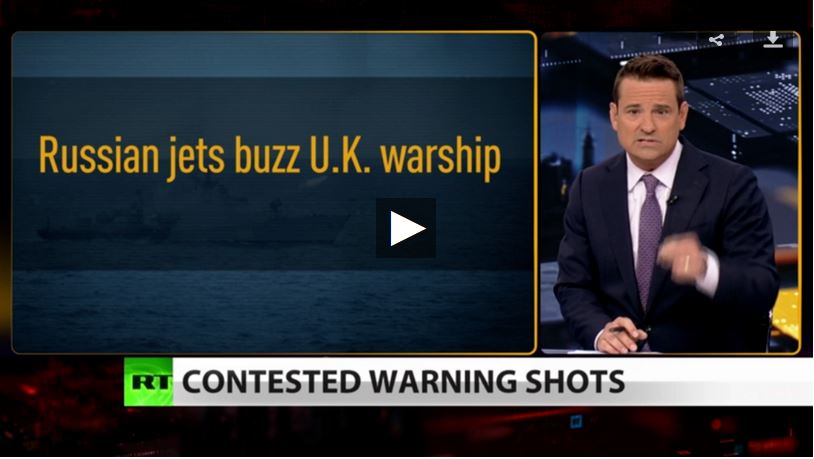 NATO has literally crossed the line with Russia. Moscow says that a British destroyer violated the country’s maritime border in the Black Sea and according to Russia’s Ministry of Defense, a patrol ship and fighter jet from that country fired warning shots. The incursion is the latest in a slew of efforts by the West against Russia. RT’s Alex Mihailovich has the story. Then former UK MP, George Galloway weighs in.

There is a new report out that journalist Jamal Khashoggi’s murderers were in fact trained in the United States. Khashoggi was killed in the Saudi Arabian consulate in Istanbul, Turkey on October 2, 2018. Since then, blame has been passed around as to who was actually responsible for his death. New information indicates the US-based Tier 1 Group, owned by the equity firm Cerberus Capital Management, may have trained the Saudi agents who killed Khashoggi. Former Pentagon official Michael Maloof has more on the shocking details.