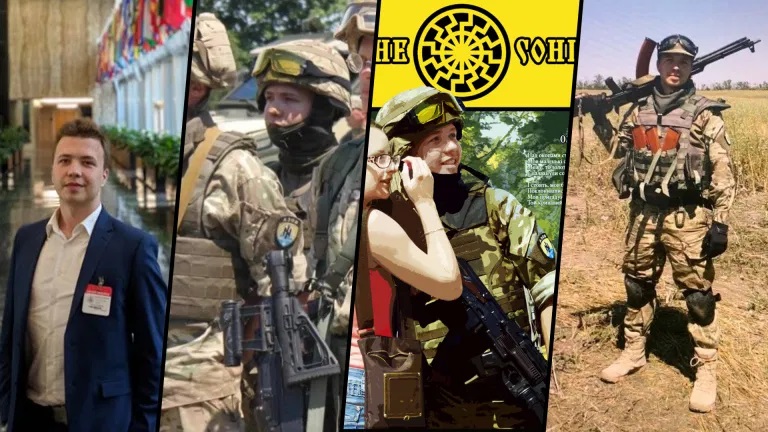 Belarusian regime-change activist Roman Protasevich, whose arrest on a grounded plane caused a global scandal, fought in Ukraine’s neo-Nazi Azov Battalion and was cultivated by the US government’s media apparatus.

A high-profile Belarusian regime-change activist whose detention on a forcibly grounded airplane caused an international scandal has extensive links to neo-fascist groups, which his political sponsors in Western capitals have conveniently overlooked.