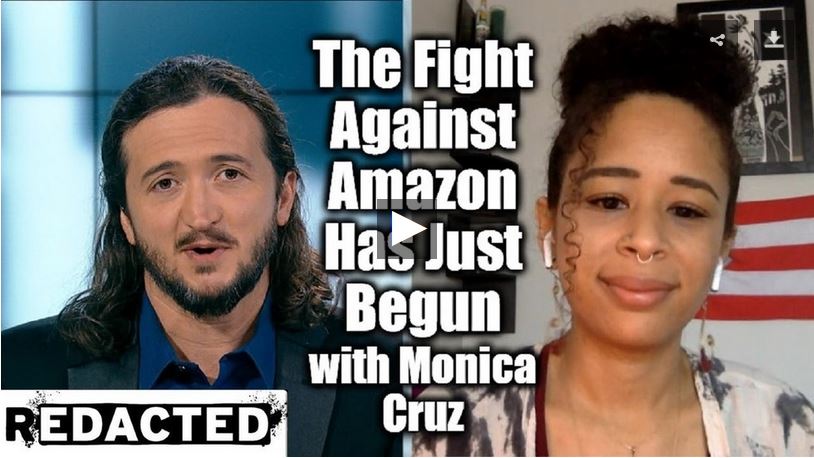 Monica Cruz, a labor reporter and anchor with BreakThrough News, sits down with Lee Camp for a conversation on the national landscape for labor organizers in the US right now. Cruz just returned from Alabama where an Amazon union drive recently finished with a loss in the face of a massive Jeff Bezos-funded union busting campaign. The story isn’t all bad as workers have been inspired to organize in industries across the world.Naomi Karavani reports on the leaked NYPD report that revealed how they have been using anti-terrorism tactics against peaceful protesters.

Although the report is filled with comic gems its implications are heavy. It’s obvious the police were using draconian measures across the country over the last summer of racial justice protests and the intimidation helps silence legitimate dissent. Natalie McGill looks into what happens to people’s mugshots whether they’re guilty or not. Digitized criminal records get dropped on the internet and used by data-mining groups without context around the alleged crimes.