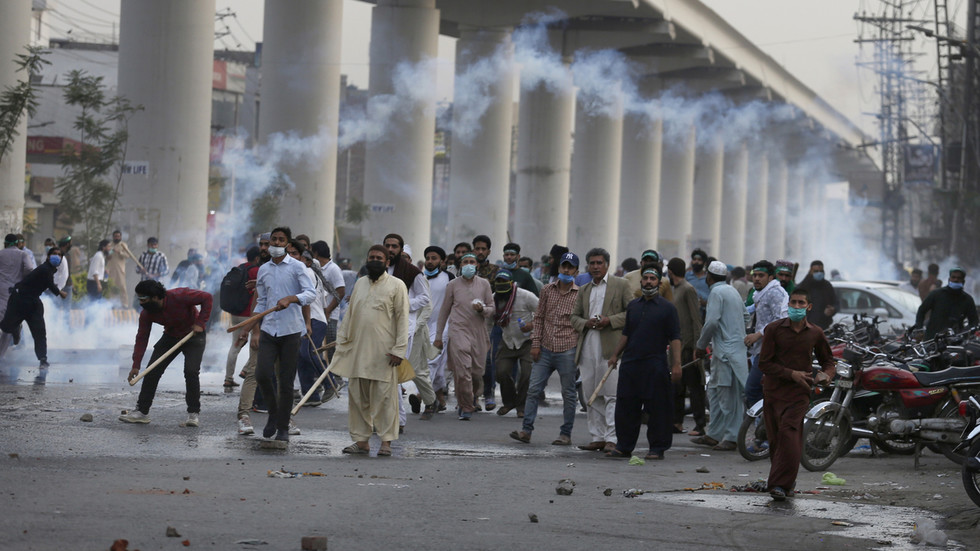 The Pakistani government has announced it will ban the Tehreek-e-Labbaik Pakistan (TLP) party under anti-terrorism laws after the group staged protests calling for the expulsion of the French ambassador, paralyzing Lahore.

The move to outlaw the party was announced at a press conference by the country’s interior minister, Sheikh Rashid Ahmed. The government decided to ban the group after Monday saw clashes between party supporters and police that resulted in the deaths of two officers and blocked critical oxygen supplies for Covid-19 patients.