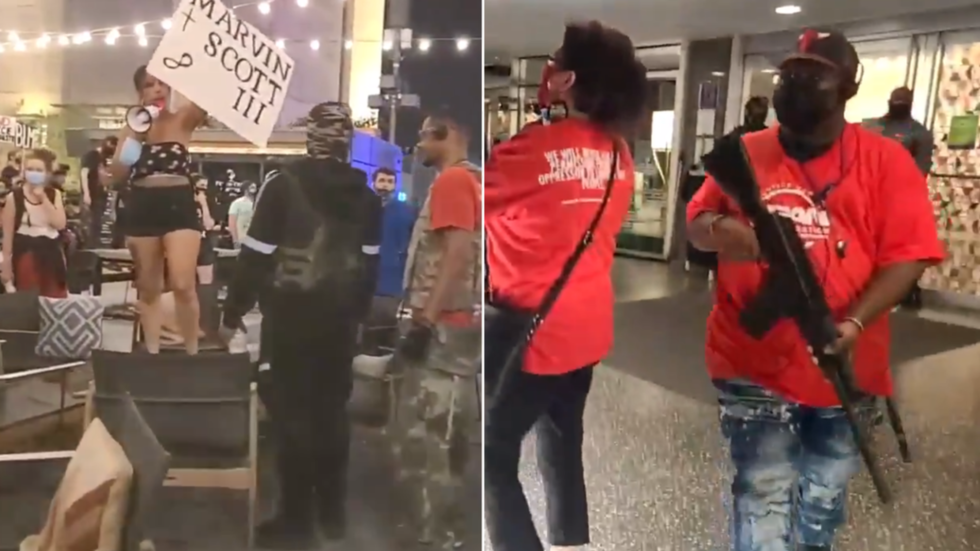 Black Lives Matter activists in Dallas, Texas marched down the streets, took over a restaurant, and picketed a hotel. One of the demonstrators, wearing a red shirt, was filmed carrying a rifle.

Protesters gathered on Tuesday evening, chanting the name of Daunte Wright – an African-American man killed over the weekend in Minnesota – as well as Marvin Scott III, another black man who died in police custody in Texas last month.