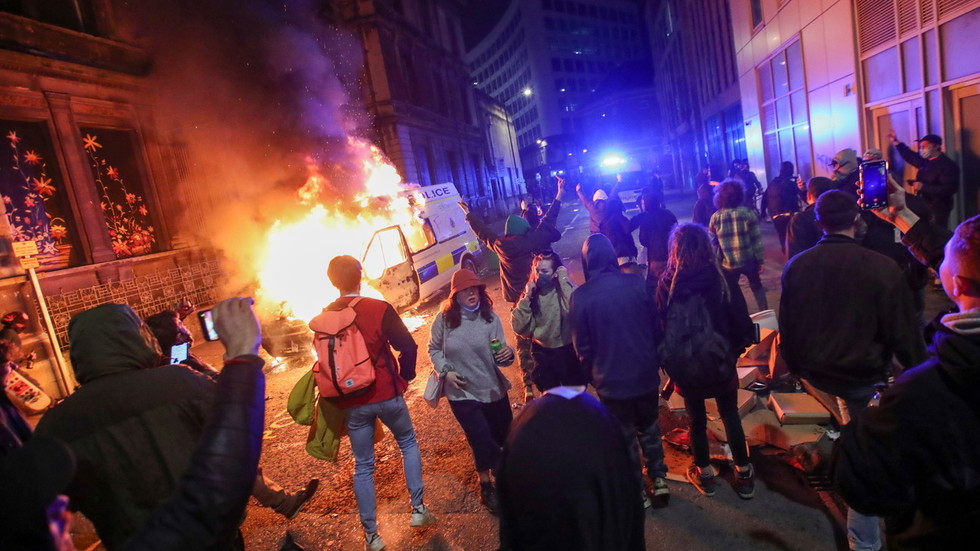 Hundreds of protesters turned out in Bristol to protest a bill that would dramatically expand police powers in the UK. Clashes soon broke out, with demonstrators launching projectiles, and police responding with batons.

The House of Commons passed a controversial policing bill last week which, in addition to providing stiffer penalties for serious crime, sets out prison sentences of up to 10 years for anyone causing “serious annoyance or inconvenience” in public – a provision that activists say will be used to clamp down on peaceful protest.