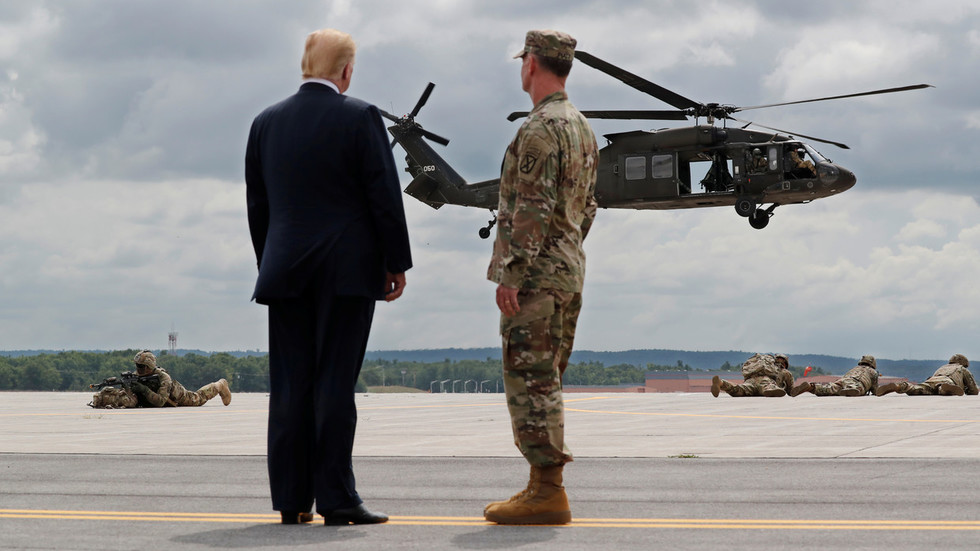 Democratic presidential hopeful Tulsi Gabbard has doubled down on her attacks on President Donald Trump’s ‘disgraceful’ allegiance to Saudi Arabia, eviscerating his ‘betrayal’ of her fellow soldiers and the US Constitution.

Singling out Trump’s statement that the US was “locked and loaded” but “waiting to hear from the Kingdom … under what terms we would proceed,” Gabbard slammed the US president for “offering to place our military assets under the command of a foreign country.”

Gabbard called out the “betrayal of my brothers and sisters in uniform, the American people, and the Constitution” in a video posted to Twitter on Monday, reminding her Commander-in-Chief that she and her fellow soldiers took an oath to defend the Constitution – which doesn’t allow the president to offer up the country’s military on a silver platter to any foreign nation willing to pay for the privilege.