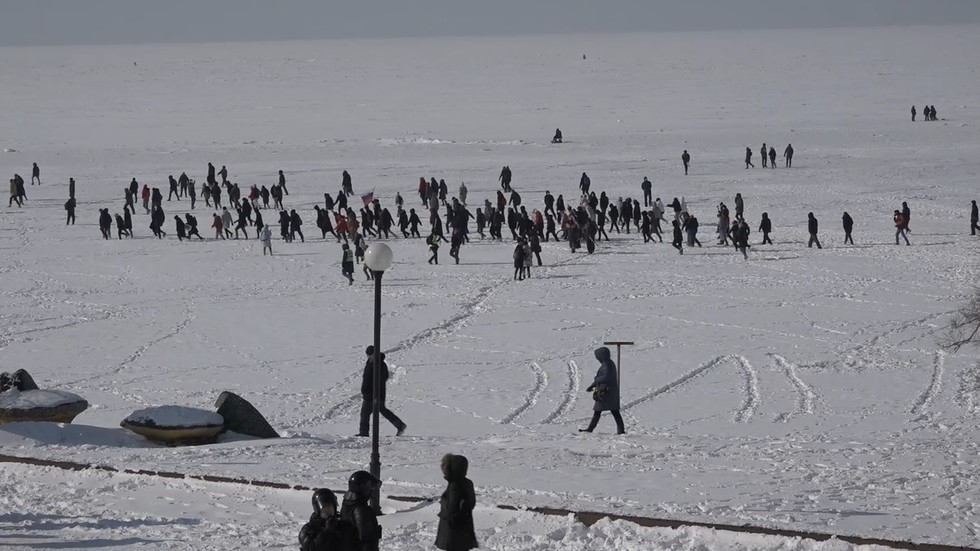 Supporters of jailed opposition figure Alexey Navalny are again staging protests in cities across Russia on Sunday. One of the first events was in far eastern Vladivostok, where a crowd gathered on the frozen waters of Amur Bay.

Dozens of protesters defied not only the authorities but also local representatives of Navalny’s own team, who said they were endangering themselves by gathering on the ice. Off the coast, the demonstrators walked in circles, in a manner resembling traditional Russian folk dancing, and chanted slogans.