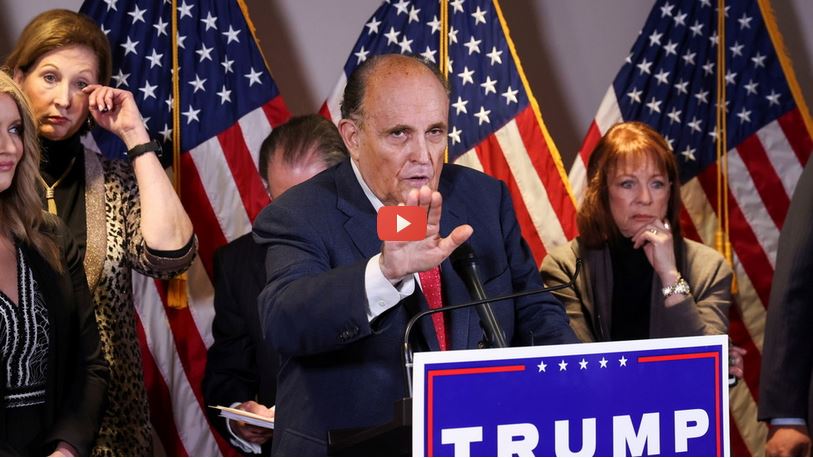 Citing witness affidavits, Rudy Giuliani and Sidney Powell argued that voter fraud was rampant in several Democrat strongholds and that President Donald Trump, not Joe Biden, won the election if illegal votes are thrown out.

“I know crimes, I can smell them. But I don’t have to smell this – I can prove it to you 18 different ways,” Giuliani, a former federal prosecutor before he served as mayor of New York City, told reporters on Thursday.