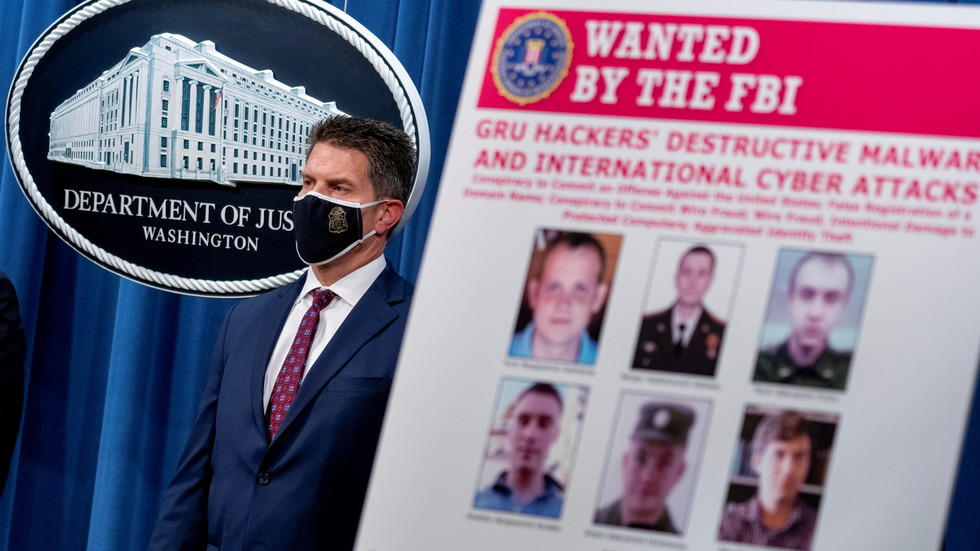 The US Justice Department has announced charges against six alleged officers of Russian military intelligence, accusing them of cyber attacks against Georgia, France, the UK, the OPCW, Ukraine and the 2018 Winter Olympics.

A grand jury in Pennsylvania indicted the six men for “conspiracy, computer hacking, wire fraud, aggravated identity theft, and false registration of a domain name,” the DOJ announced on Monday, describing them as officers in Unit 74455 of the Russian Main Intelligence Directorate, or GRU.