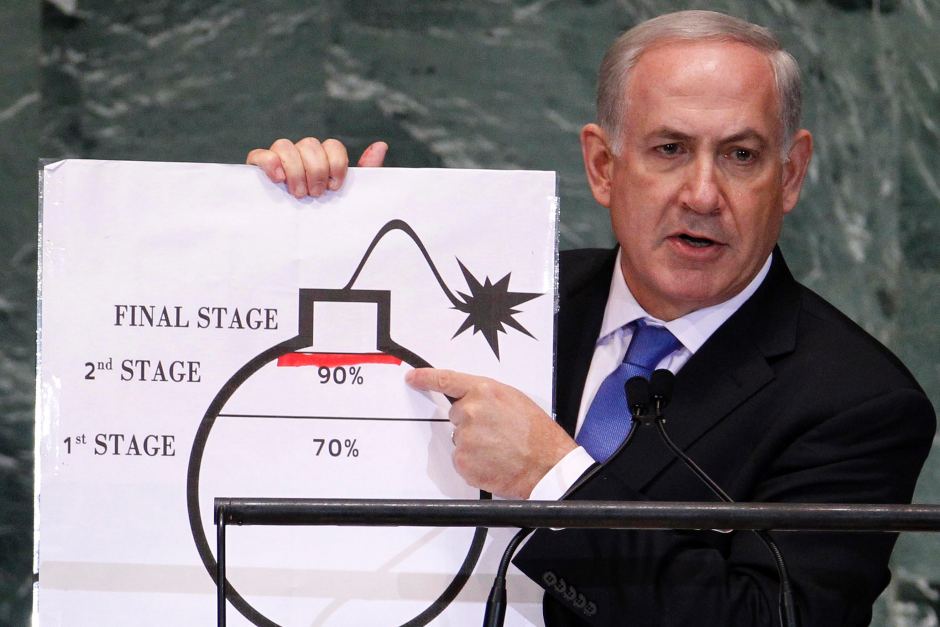 The occupation of Palestine is always at the center of Middle East turmoil, and it would seem the name which is associated with conflicts in the region for over 23 years is Benjamin Netanyahu.  It all began in 1996 with a paper prepared for him by Richard T. Perle, entitled “A Clean Break”.

he paper advocated regime change in Iraq, deposing Saddam Hussein, and aggressive action against Syria to break their ties with Hezbollah and Iran. This strategy was supposed to make “Israel” safer.  It wasn’t until September 11, 2001, that the paper was dusted off and put into action. It should come as no surprise that Pres. George W. Bush would appoint Donald Rumsfeld as Secretary of Defense, who had signed the 1996 paper for Netanyahu, and the paper’s author, Richard T. Perle, was made Chairman of the Defense Policy Board.  Rumsfeld and Perle would be credited as the architects of the US attack and invasion of Iraq in 2003.

In the summer of 2006, “Israel” began a war against Hezbollah in Lebanon, which entailed the indiscriminate bombing of the entire nation by the “Israeli” Air Force.  The goal was to wipe-out Hezbollah, which is a Lebanese resistance movement. U.S. Secretary of State Condoleeza Rice was in Tel Aviv and was the first to coin the term “New Middle East”.  Her ideology of creative destruction justified death as the means to create new world orders. She said, “What we’re seeing here, in a sense, is the growing—the ‘birth pangs’—of a ‘New Middle East’ and whatever we do we have to be certain that we’re pushing forward to the New Middle East, not going back to the old one.”