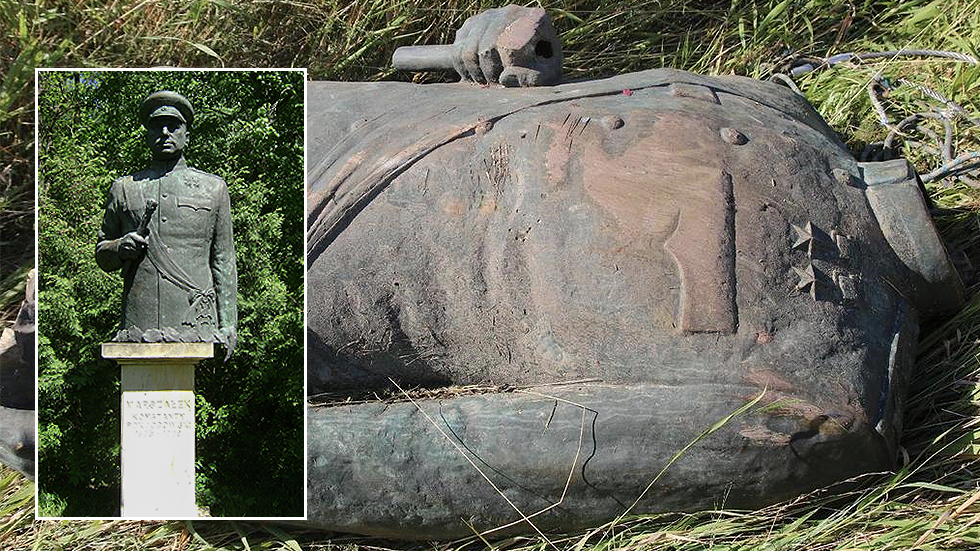 A monument to Soviet Marshal Konstantin Rokossovsky has been decapitated by vandals after it was stolen from a cemetery in the Polish city of Legnica.

The statue of Rokossovsky, who commanded the Soviet troops which liberated Poland in 1944-45, was stolen from its pedestal within a local exposition in a military cemetery on Thursday night. A day later, the 600kg bronze statue was found in a field outside of the town with its head missing.