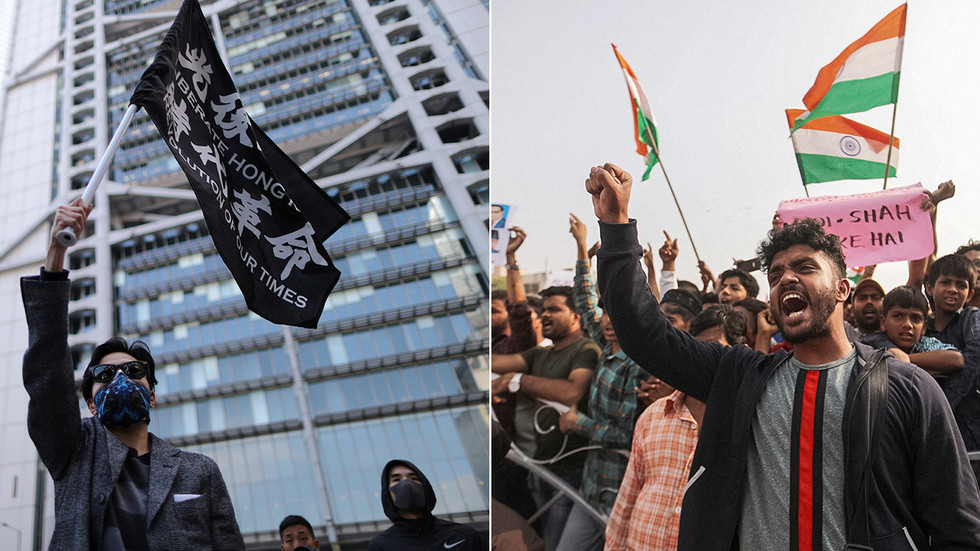 While protests in India and Hong Kong may look similar at first glance, Western reactions to them reveal fundamental differences. Dig deeper, and we hit the bedrock of hypocrisy about “human rights” and “democracy.”

There are superficial similarities between the protests that have rocked the Chinese autonomous territory of Hong Kong since May, and the protests around India for the past several weeks. Both ostensibly started due to a proposed law; extradition to the mainland in the case of Hong Kong, a citizenship amendment in the case of India. In both cases, protesters have set public property on fire, and used social media and technology to organize, with students as the driving force. There have also been casualties, among both the protesters and the police.