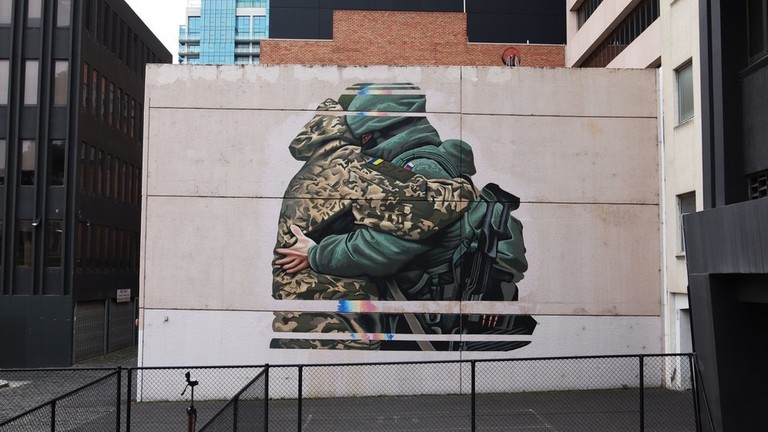 Critics in Melbourne found an image of Russian and Ukrainian soldiers hugging to be offensive.

An Australian street artist has been pressured into painting over his own mural, which depicted a Russian and a Ukrainian soldier hugging each other. Kiev’s ambassador to Australia called the image “utterly offensive” and accused the author of creating “false equivalency between the victim and the aggressor.”