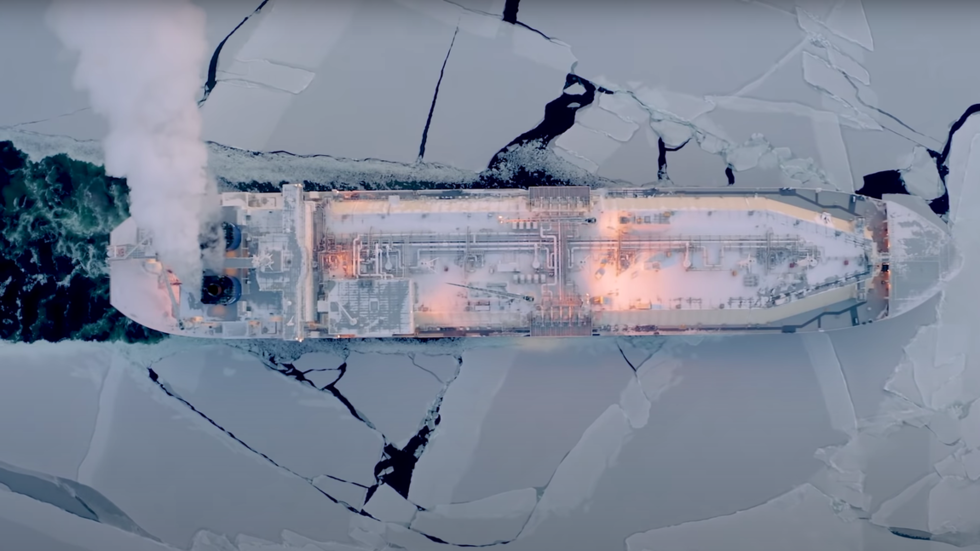 Following a nuclear-powered icebreaker, a Russian tanker has sailed through the frigid Northern Sea Route for the first time ever in February. “Won’t somebody think of the poor ice?”, climate-conscious commenters shouted.

The Christophe de Margerie, a liquefied natural gas tanker operated by Russian shipping firm Sovcomflot, made history this week when it docked at the remote Arctic terminal of Sabetta, after sailing through the normally ice-locked Northern Sea Route (NSR) from Jiangsu in China. Traveling solo through the Bering Strait, it then followed a nuclear icebreaker, the 50 Let Pobedy, along Russia’s northern coast until it reached Sabetta on Friday.