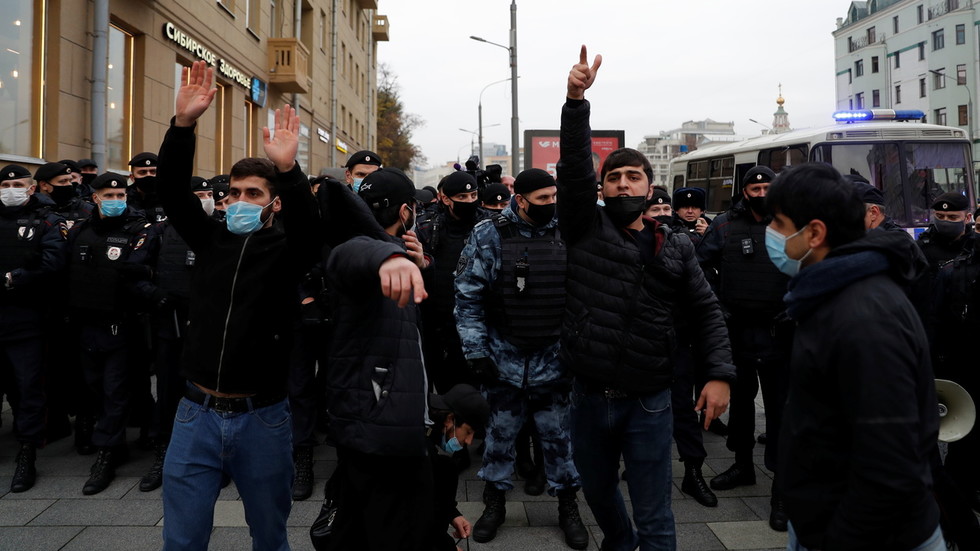 An angry crowd gathered outside the French embassy in Moscow on Friday afternoon to express displeasure towards President Emmanuel Macron for defending caricatures of the Prophet Mohammed. The rally resulted in several arrests.

Dozens of Muslims joined the action, shouting ‘Allahu akbar’ and carrying photos of Macron with a footprint on his face. A similar picture was earlier reposted on Instagram by Russian MMA champion, Khabib Nurmagomedov, who called the French president “scum” for his views.