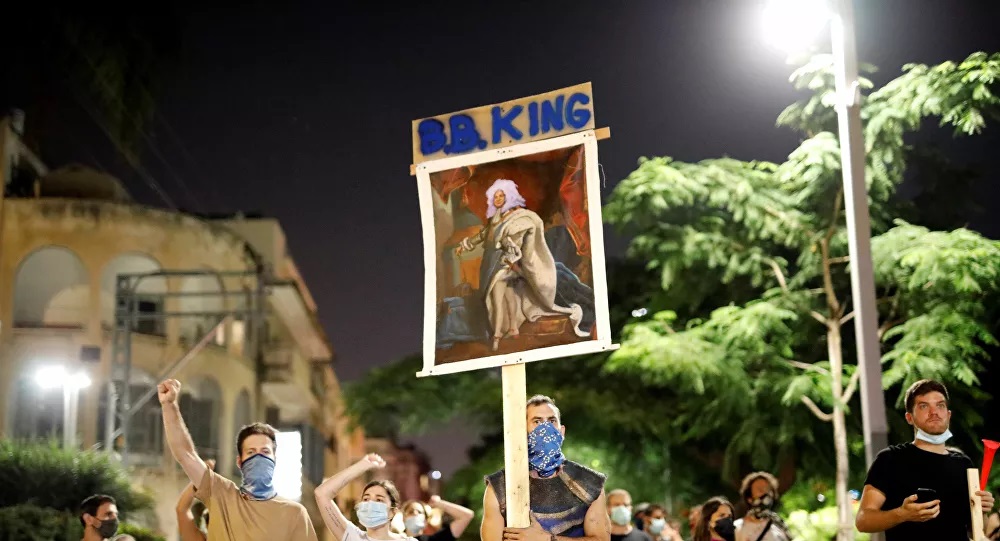 In recent weeks, anti-government demonstrations, which participants claim were peaceful, have been dispersed by the police with the use of water cannons, sparking accusations about the suppression of freedom of assembly and protest.

At least five demonstrators, who protested against police brutality and attempts by Israeli Public Security Minister Amir Ohana to meddle in the work of law enforcement, were violently attacked on 28 July in Tel Aviv by a group of unidentified black-clad and masked people. The incident left several protesters injured as the members of the mysterious group threw stones and used glass bottles to beat and stab the demonstrators. As the men in black started to flee from the scene of the attack, they also reportedly used pepper spray against the protesters.