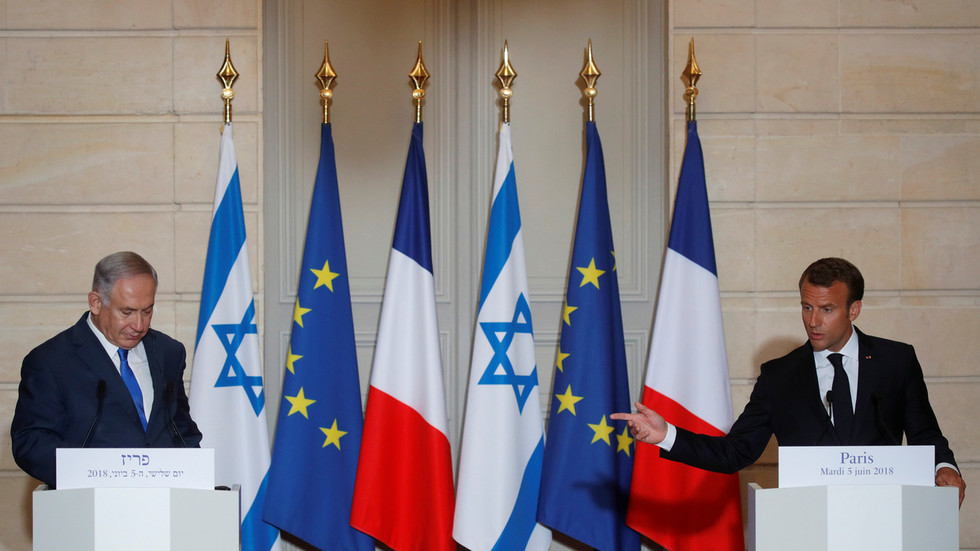 French President Emmanuel Macron has called on Israel to abandon its plans to annex Palestinian territories in the West Bank, describing the move as a violation of international law and damaging to regional peace.

In a telephone conversation with Prime Minister Benjamin Netanyahu, Macron warned that Israel’s stated intention of absorbing the territories would “compromise the possibility of a two-state solution” and undermines the goal of “lasting peace between Israelis and Palestinians.” He also reminded the Israeli leader that annexation would be “contrary to international law,” according to a statement released by the Elysee.