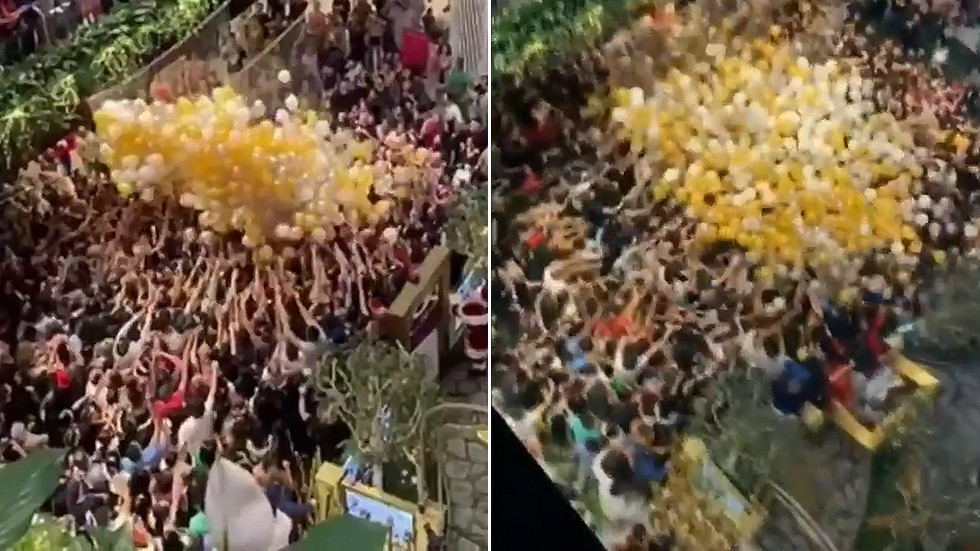 A Christmas giveaway at a mall in Sydney, Australia ended in disaster, after shoppers trampled each other as they jostled for vouchers tied to balloons. The resulting chaos put five people in the hospital.

Footage from local news shows patrons at the Westfiled Parramatta shopping center scrambling to grab balloons containing gift cards. The silver, gold and white balloons had been stored in large nets and dropped on top of the crowd, resulting in a stampede as frenzied shoppers attempted to snatch the airborne giveaways.