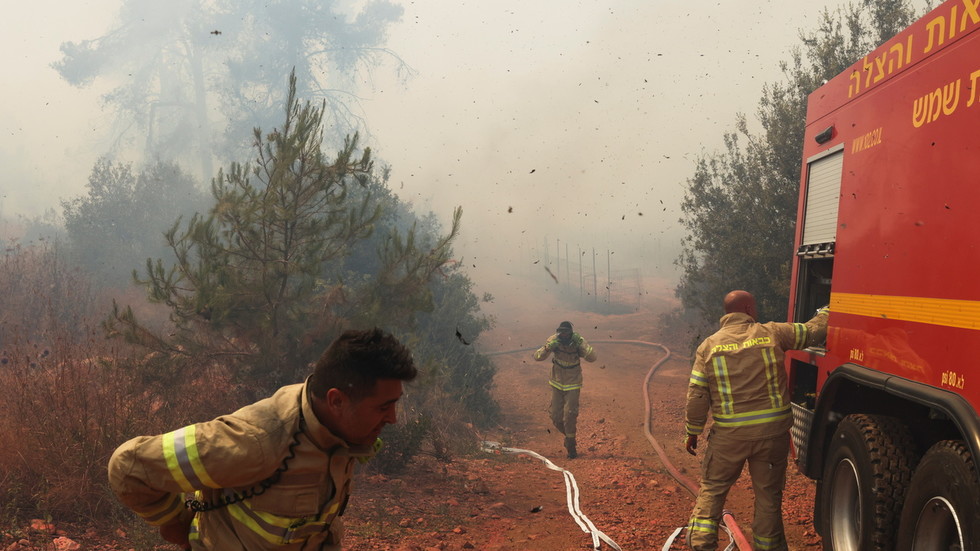 Scores of Israeli firefighters have been deployed to tackle two major forest fires that broke out in the hills near Jerusalem on Wednesday. Hundreds of people were evacuated, with police investigating arson as the possible cause.

Residents of the Ma’ale HaHamisha community, populated by almost 800 people, were ordered to leave their homes as the flames approached. The fires also prompted the closure of some roads and highways, and Israel Railways briefly halted services on the high-speed line between Jerusalem and Tel Aviv.