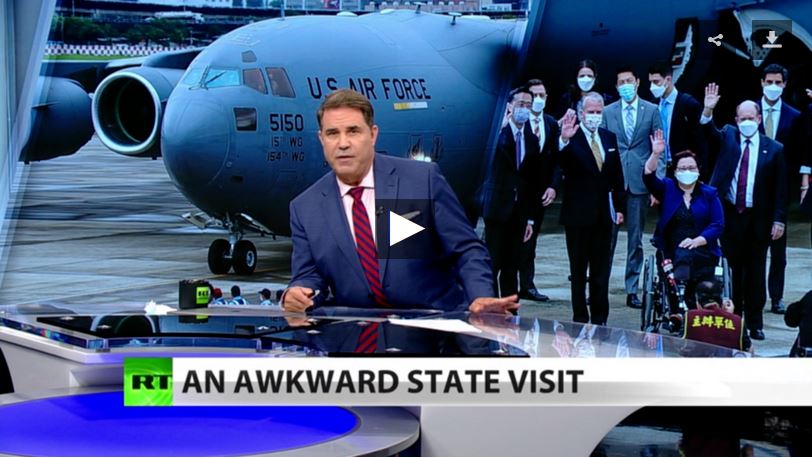 Chinese officials are angry with the US and they’re filing a formal complaint. The reason for the complaint is that three US senators, Democratic senators Tammy Duckworth and Christopher Coons and Republican Dan Sullivan met with senior Taiwanese officials during a bipartisan trip to express their support for the island. China is also angry that the US has pledged to give Taiwan 750,000 doses of the Covid-19 vaccine. RT America’s Alex Mihailovich has the details, then geopolitical strategist, John Sitilides gives his analysis.