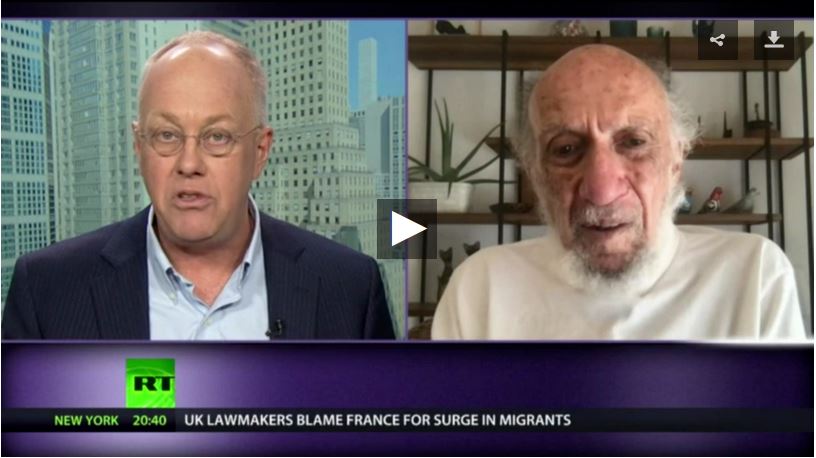 On the show this week, Chris Hedges talks to Richard Falk about the inner workings of the power elite and the institutions that do its bidding. Falk is professor emeritus of international law and practice at Princeton University, and the former United Nations human rights rapporteur in the Israeli-Occupied Territories.

Falks’ new memoir, ‘Public Intellectual: The Life of a Citizen Pilgrim’, documents how he confronted entrenched political, military and economic power, especially after visiting Hanoi in 1968 at the height of the Vietnam War. During his tenure as rapporteur from 2008 to 2014, he often clashed with Israeli officials and the Israel lobby in his efforts to document and condemn human rights violations against Palestinians. He compared Israel’s treatment of Palestinians to the Nazis’ treatment of Jews. In 2008, Israel refused Falk, who is Jewish, entry into the country and deported him.