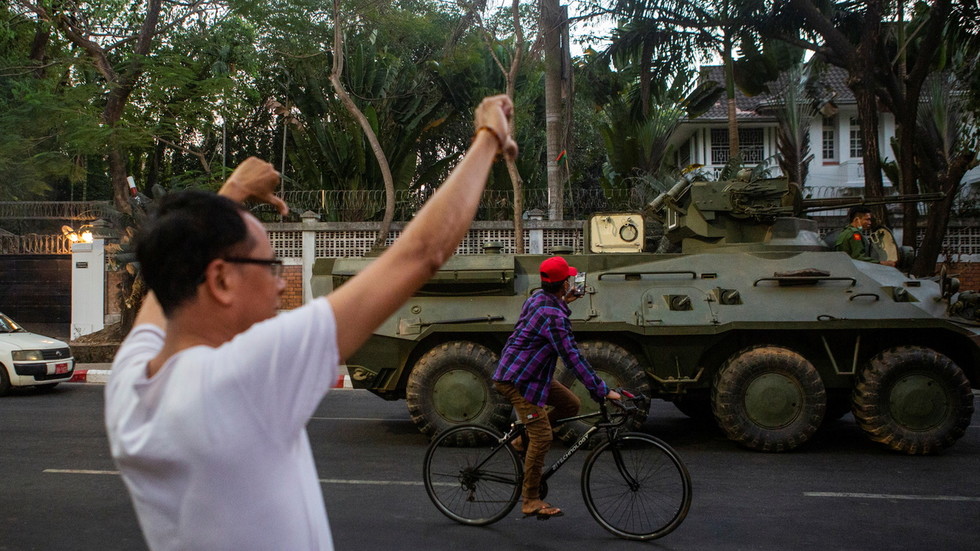 Dozens of protesters faced off with riot police at a power plant in the city of Myitkyina on Sunday. The city is 1,480 kilometers from the capital, Yangon in the northern part of the country, which has been gripped by protests since the February 1 military coup.