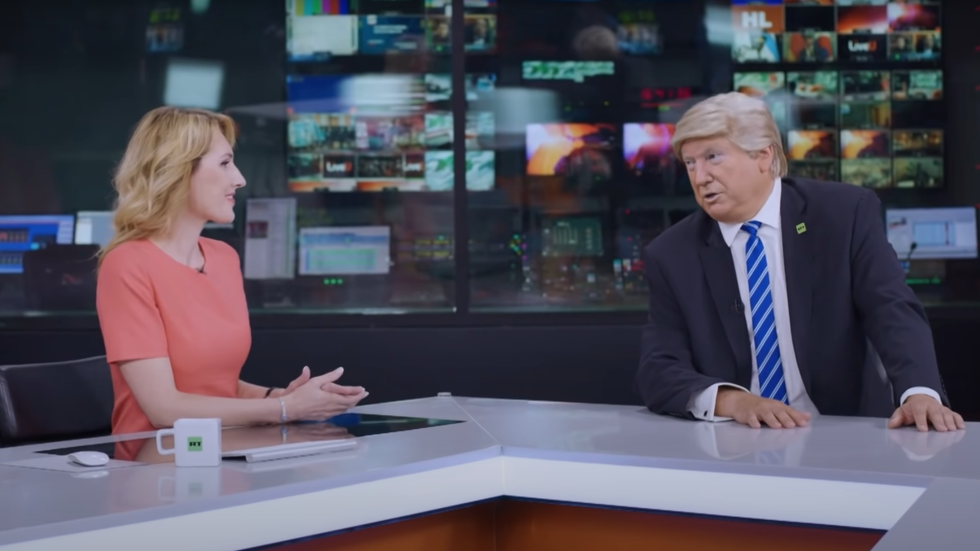 A satirical video using “deepfake” technology to show US President Donald Trump as coming to work for RT after the November election was taken very seriously by ‘Russiagate’ peddlers at the Daily Beast and the Lincoln Project.

In a pearl-clutching piece written by a journalist based in Scotland, the Beast called the ad – which features an actor made up to look like the president uttering actual Trump soundbites taken out of context – “bizarre and, frankly, deeply disturbing.” The author, Jamie Ross, argued its message was “to not-so-subtly suggest that Putin is Trump’s personal hero and that the US president is in the pocket of the Kremlin.”