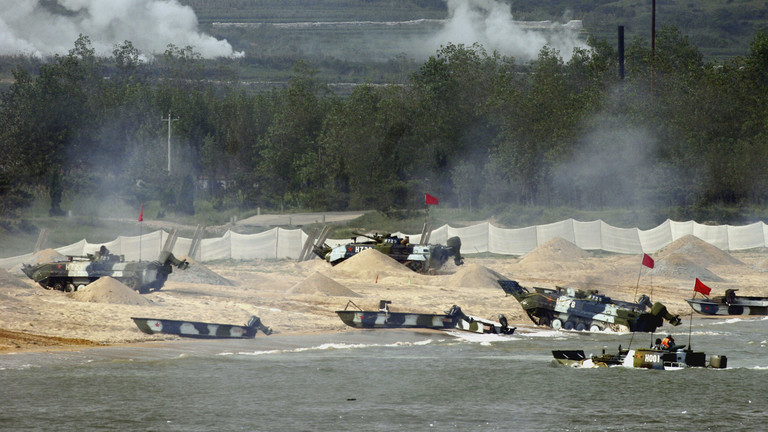 Beijing has a much stronger military, but a landing would be extremely difficult, especially with Taipei supported by the US.

The biggest problem with a hypothetical Chinese invasion of Taiwan is the price that Beijing would have to pay for such an assault. A Normandy-style landing operation wouldn’t work in Taiwan, for a number of reasons. First, potential landing zones on the southwestern and northern/northeastern coasts of Taiwan were identified by both sides decades ago; outside of these areas, putting troops on the ground is only possible using helicopters – it is difficult, if not outright impossible, for naval troops to advance from the beaches in those areas. China only has two amphibious assault ships, and a helicopter assault through the Taiwan Strait would be too much even for China.