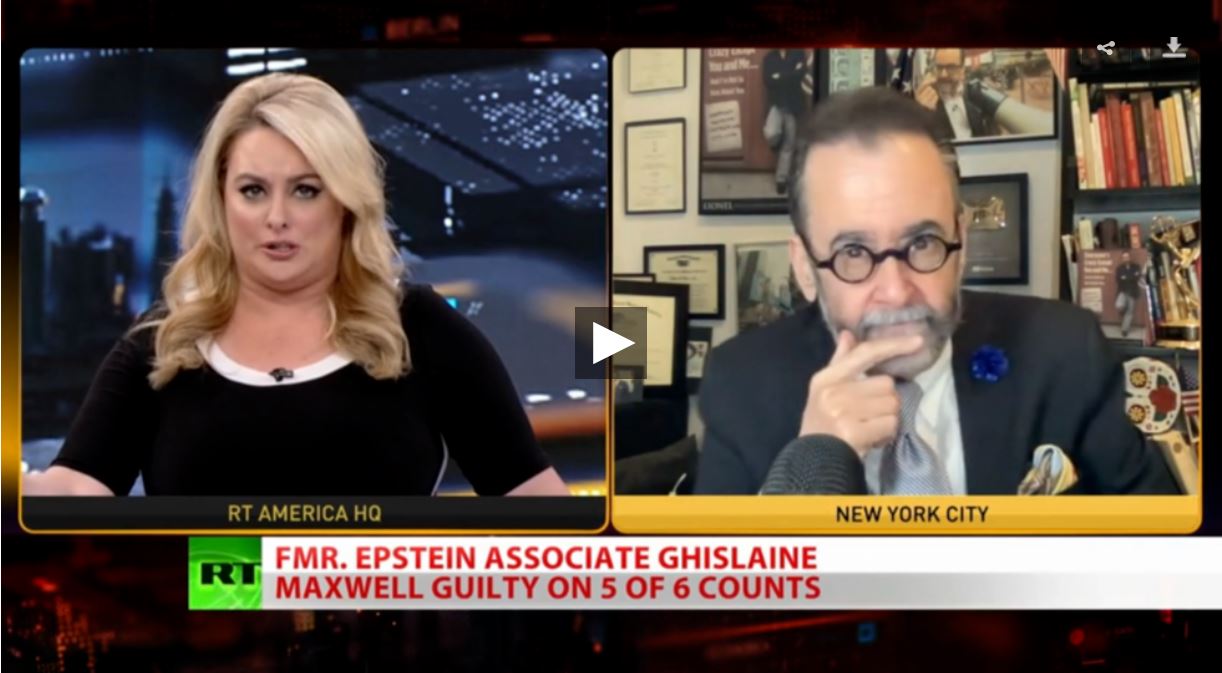 BREAKING NEWS of the Wednesday evening: Ghislaine Maxwell is found guilty on 5 of 6 charges, including sex trafficking and sexual abuse. Lionel of Lionel Media joins Faran Fronczak to share the details of this infamous trial and his in-depth analysis. 2021 was a year full of information, as well as plenty of misinformation in the media with Afghanistan withdrawal and the case of Julian Assange arguably being two of the most skewed stories of the year. RT America’s producer Luis Quiles reports.

As the New Year approaches, the U.S. is still facing many of the same issues that plagued the country when President Joe Biden first took office: from combatting the coronavirus, to rising prices and failing infrastructure. RT America’s contributor Mollye Barrows takes a look at some of Biden’s top campaign commitments. Then Professor Richard Wolff joins to discuss. David Swanson, executive director of World Beyond War, joins Faran Fronczak’s to discuss her report on lies about the infamous Russiagate and why some young Americans say that democracy is no longer working.