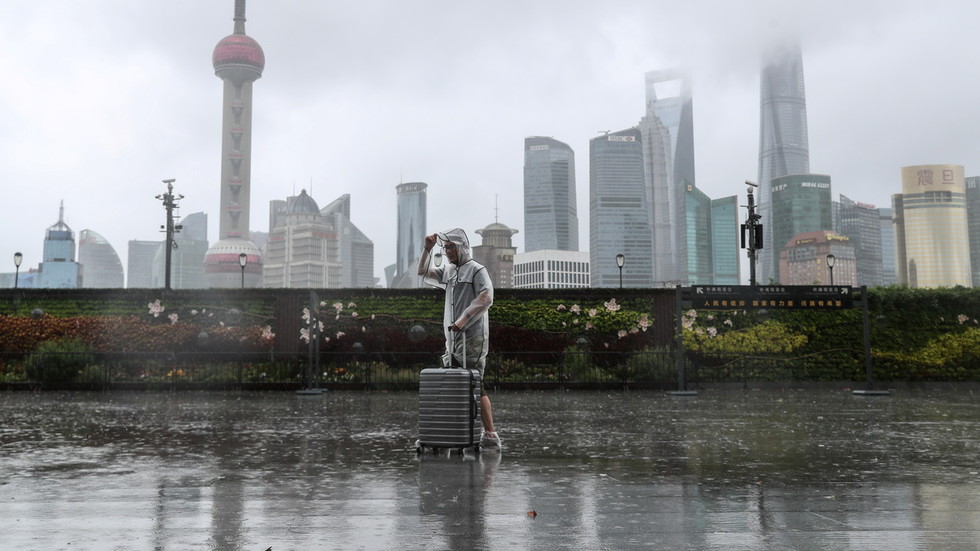 Hundreds of thousands of people have been evacuated from the coastal areas of the Chinese city of Shanghai as Typhoon In-Fa hits the coast to its south. All flights to the city and high-speed train services have been suspended.

Shanghai issued the second-highest-level typhoon warning as In-Fa is expected to hit the city’s southern Pudong district in another landfall later on Sunday. One video posted to social media shows the sky over the city darkened by black storm clouds brooding over Shanghai’s skyscrapers.