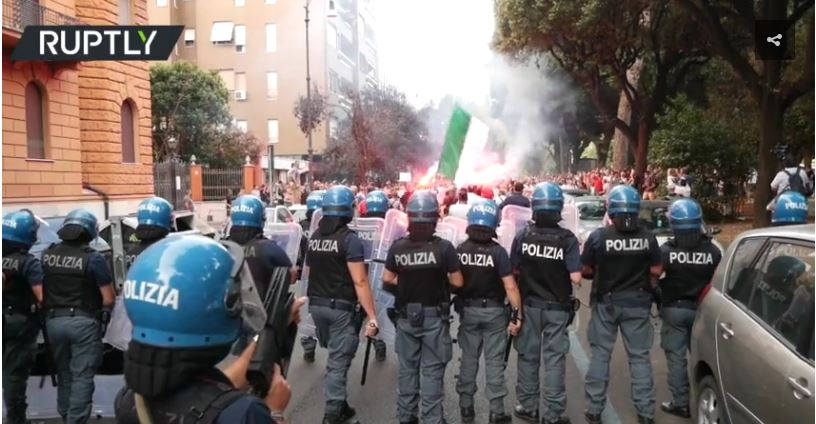 Protests against the Italian government’s plan to introduce health passes were held in more than 80 locations on Saturday, where people denounced the measure as discriminatory.

Around 3,000 rallied in Rome and 5,000 in Turin, the capital of the northwestern Piedmont region, while smaller protests were held elsewhere across the country, Italian media said. Overall, demonstrations were reported in more than 80 cities and towns.