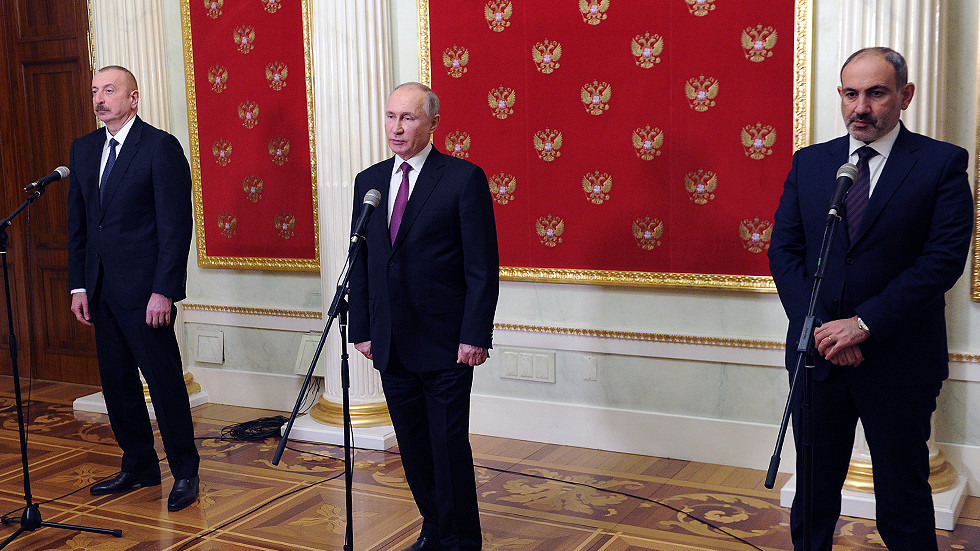 Three months after Russia oversaw a ceasefire between Armenia and Azerbaijan, President Vladimir Putin has welcomed the two countries’ leaders to Moscow to negotiate the next steps in keeping the peace in Nagorno-Karabakh.

The four-hour discussion represented the first time Azerbaijan’s President Ilham Aliyev and Armenian Prime Minister Nikol Pashinyan had met face to face since the end of the six-week war, which concluded in a clear victory for Baku. Following the meeting, Putin revealed that a joint statement on the development of Karabakh had been signed by all three parties. Although not yet published, the Russian president explained that it includes steps to develop economic ties and infrastructure projects. One provision is said to allow for Armenia to be finally connected to the European rail network via Azerbaijani territory.